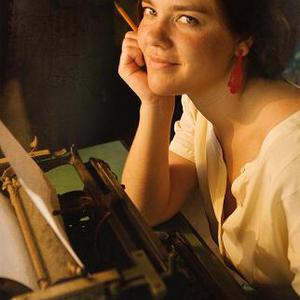 With her plaintive, at times delicate voice, singer/songwriter Emily Arin weaves tales concerned with the heavy graces of being human. She explores experiences where shadows and light converge and transformation is offered as a possibility. Deep in the bones of Arin's songs, one can trace the wide-ranging mix of influences from Hank Williams and Memphis Minnie to Leonard Cohen, Nick Drake, Caetano Veloso, Tom Waits, Sybille Baier and Gillian Welch.

In late summer of 2007 Arin moved from her native Los Angeles to Schuyler County, NY to focus on developing her songwriting skills without the distractions of the big city. Since relocating to the Southern Tier, she has expanded her body of work, performed regularly in Ithaca and New York City, debuted in Austin, Texas and been joined by a stellar backing band.