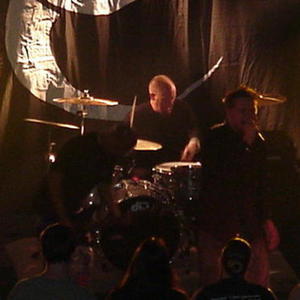 On a smoke-filled, dimly-lit stage, a P. A. system reverberates the haunting sounds of the intro to ?LIFT,? the fifth track on Emend's self-titled debut album. As the track slowly dissipates into the darkness, the brief silence is brutally interrupted by drums pounding out the beginning song ?MAY.? This fierce interruption draws the band out of the shadows and into the rhythmic explosion of lights and sounds, a quality which Emend fans have come to expect and appreciate.

The fans serve as both a spiritual influence and a powerful energy to fuel Emend's live show so that it becomes a fast paced and highly energetic ground for worship. The bass lays the musical foundation for the band to stand on, while two guitars dually assault the fans with a piercing performance that unifies the spiritual state of both the band and the audience. Spearheading this overwhelming confrontation, are smooth vocals abruptly punctuated by other-worldly screams, frames this spiritually poetic and uncompromisingly honest unit known as Emend. With over 20 combined years of experience playing and performing, each member brings his own personal touch and mature focus to the band. Emend's unique sound combines both the popular styles of hard-rock music, with a Christian message. The band's unending work ethic and their sincere desire to make a real change in lives illustrates Emend's integrity and heart for worship. The band's faith in God and sheer determination to stand up for truth at any cost has gained Emend much respect from their fans and peers. Emend encourages listeners to look to the future for inspiration, not to dwell on the inevitable human failures of the past. The members of Emend have learned not to be ashamed of past defeats, every experience in life can be viewed as a learning tool. ?All the time we've wasted, all the words we've said, all the pain we've been through, I have no regrets...? words penned by five men who have dealt with the pain of this world; however, by not regretting wasted time or a shameful past, each of the men have come to expect better days. ..