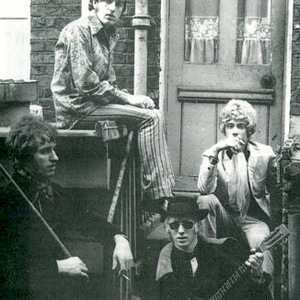 Elmer Gantry's Velvet Opera picked up on the British psychedelic movement after supporting The Pink Floyd as a soul/blues band called 'The Five Proud Walkers', the lineup was Richard Hudson (Hud) on drums, Colin Forster on lead guitar, Jimmy Horrocks (Horovitz) on organ and flute, John ???? (bass) and Dave Terry on vocals and harmonica. The boys took inspiration from the experience and it wasn't long before the change of both music and image.