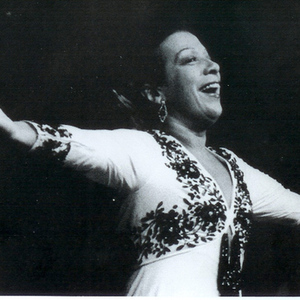 Elizeth Cardoso, often listed as Elizete Cardoso, was born Elizete Moreira Cardoso in July 16, 1920. Born in Rio de Janeiro, she was know as "A Divina" (The Divine), and is considered by some to be the greatest singer of samba all time. She was discovered by Jacob do Bandolim, who introduced her on radio shows. In the 30s and 40s, she worked as a crooner in various radio stations and nightclubs, and had her first hit, "Can??o de Amor" (Chocolate/ Elano de Paula).

In 1958, she recorded the anthological album "Can??o do Amor Demais", with Jobim/Moraes songs and regarded as the bossa nova milestone (the first album all Jobim/De Moares, and the first in which Joao Gilberto played the "bossa nova beat" in his guitar). In the 60s, she hosted her own TV show, "Bossaudade", at Tv Record of Sao Paulo. Her connection to samba increased, and she made the LP "Elizeth Sobe o Morro", one her most important albums ? besides "A Enluarada Elizeth", which featured Pixinguinha, Cartola and Clementina de Jesus as guest stars. In 1968 she participated in a show that established the height of her career, with Jacob do Bandolim, ?poca de Ouro and Zimbo Trio. The concert was turned into a double LP. In the 70s, she performed in Japan, where today the public can find CDs with tracks unavailable in Brazil.