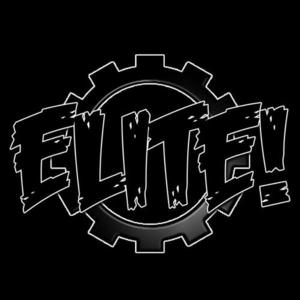 ELITE! is an EBM project which was founded 2007 in duesseldorf, germany. After moving over to france we decided to bring our music to another level! out of the basement straight into your ears and legs! we make music about steel, work, sex, muscles and other funny things. In 2008 we have joined forces with Black Montanas Label. Our debut album "work or riot" and the EP "Strassenjungs" was released in june/july 2008 and available on all digital distribution sites! The next album "Totenkopf" released in early 2009 on Black Montanas as well.

The next album "Totenkopf" released in early 2009 on Black Montanas as well.

ELITE! is otherwise engaged in a project with A.D.A.C. 8286, which is called pact of warsaw. They are working on their first full-length album.