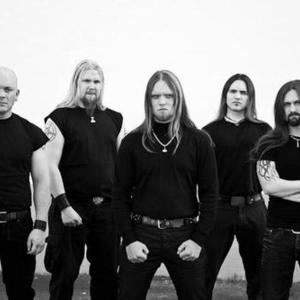 There are 2 artists that use the name Elite. The more popular one is from Norway. Elite was founded in 2001 by Tor Arne Fallingen and Torgeir Nordahl in Mo I Rana, Norway. Their style is in the black end of metal, with influences from old-school blackmetal bands which has given them their rough sound. In late 2002 additional members were recruited and instead of releasing demos Elite's first release was a split 7? EP with Carbon from Australia.

Elite was founded in 2001 by Tor Arne Fallingen and Torgeir Nordahl in Mo I Rana, Norway. Their style is in the black end of metal, with influences from old-school blackmetal bands which has given them their rough sound.

In late 2002 additional members were recruited and instead of releasing demos Elite's first release was a split 7? EP with Carbon from Australia.

In January 2004 another split EP was released together with Seeds Of Hate from Germany. In the same month and actually on the same day Elite also released their debut album ?Kampen? and received great reviews worldwide yet never managed to reach out to a lot of listeners.

In 2005 the MCD ?Bekm?rkt? was released and after a few line-up changes Elite's second album ?Bifrost? was recorded and released in March 2006.

Elite writes down his goals in a journal ? pages of brainstorming, notes on his favorite artists, notes about qualities he'd like to possess. Born Anthony Parrino, Elite understands that in an overly populated era of artists it's hard to gain recognition on elevated levels. He views those making a way for themselves as inspiration, not competition. The 27-year-old musician has been making, creating and finding his way since he was 17, a young kid from Byram, CT working as an in-house producer with the infamous Hip-hop label, Ruff Ryders.

In order to initiate an appropriate introduction to his work, Elite released ?The Groundwork,? a collection of instrumentals to many of the songs he has produced over the last ten years. During that time he has worked with Jadakiss, DMX, Nas, Common, and most recently has found his niche as a musician ? working with and being inspired by his creative circle, fellow artists J. Cole, Omen and Voli. I think we all understand the level of talent within this circle and it's something special. Every time I get up with one of them I learn something new, whether it's from watching them work or collaborating. The further they go, the further I go.

No matter whom he is around, Elite is always learning. Watching. Growing. From the classrooms at SUNY Purchase where he graduated, to taking the role of student in studios with major artists. Elite is always working on his development as a musician. Telling stories now as an artist about his personal struggles and discoveries, Elite will tell you he never just wanted to be a music producer. He'll tell you how his dreams always involved performing and traveling the world.

So now everyday is about creating his own inspiration. Fighting those dark days of doubt. Becoming better. It's about applying the principles he has learned from his father, George Parrino, a Professor of Visual Art ? vagueness, mystery, leaving things open to interpretation. Elite understands how to fulfill his dreams now. He has worked hard merging knowledge with experience as a professional for the last ten years. The days of wondering whether his work will be good or not are over.

Yes, it's going to be perfect. He's an artist making educated decisions.