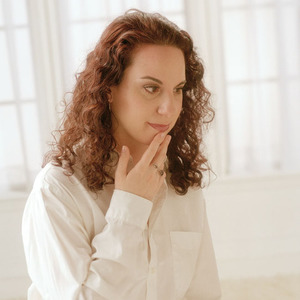 In a musical landscape where anybody can record some songs, burn them onto a CD and toss them up on the Internet, Elisa Peimer writes songs that make people stop what they're doing and ask, "Wow, who is this?" The New York City pop singer/songwriter's accomplishments are impressive: a publishing deal with Sonica Music, a Pop Artist Spotlight at Amazon.com, TV and film placements, and licensing deals with Columbia Tri-Star Television, MTV, the Oxygen Network, etc.

The New York City pop singer/songwriter's accomplishments are impressive: a publishing deal with Sonica Music, a Pop Artist Spotlight at Amazon.com, TV and film placements, and licensing deals with Columbia Tri-Star Television, MTV, the Oxygen Network, etc. She has been featured as an Unsigned Beauty on iVillage.com, sung the National Anthem at Giants Stadium and Keyspan Park, and received heavy video rotation on the CBS Spectacular screen in Times Square. Old and new media have lauded her recordings: Billboard, CMJ, Blogcritics, and many others.

But "nobody cares about all that," says Elisa. "When people hear the music and it makes an impact - that's why I'm doing it."

Elisa's music has been making an impact since her first release: four albums ago she tested the waters with a four-song EP that received an overwhelmingly positive response. She met the demand for more music with the 13-song Shed This Skin, and in 2003 her second full-length album, Transparent, came out to even more impressive reviews. Elisa and John Kurgan (Sting, Stanley Clarke, Stewart Copeland) co-produced that enhanced CD, which contained a stunning video of the pop anthem "Turning Circles." Transparent "hits home with heavenly force," wrote Indie-Music.com, and Icon Magazine called it "captivating from the first track to the last."

Continuing to outdo herself, Elisa has released a new album, Pull of the Moon, that testifies to her startling and ever-strengthening songwriting mastery. Featuring 10 brand new tracks, including a cover of Johnny Cash's ?Ring of Fire? (a popular staple of her live show), Pull of the Moon covers all the bases, from rockers to ballads. The songs delve into the dark complexities of relationships, but are brightened by Elisa's trademark note of optimism.

"People relate to each other with positive and negative feelings at the same time. It's never just straight-ahead simple. That's why it's hard for me to write a pure love song," says Elisa. "Life is far too complicated and layered for anything that easy. This is my way of saying - hey, I don't get this any more than you do." These thorny issues electrify songs such as "Marine Layer," which deals with trying and failing to communicate, and "Don't Come Around," a pop nugget that admits that a relationship probably isn't such a good thing. Mastered by Daniel Wyatt, whose credits include Norah Jones and Blues Traveler, the album contains a powerful blend of the warm musicality of Sheryl Crow and the pop sensibility of Kelly Clarkson.

The music industry has changed dramatically since Elisa's first foray into the recording studio. But the demand for well-crafted, universally appealing songs has not. In this, Elisa's music rises above the fray, reminding us that classic songwriting is alive and well in the hands of this modest and hard-working writer and singer. Walking the streets of New York, humming new snippets of melody to herself, sculpting them into songs, teaching them to her band, and singing them for enthusiastic crowds, Elisa continues to build her audience. More and more people are discovering a little bit of their own lives in the music of this powerfully talented singer and songwriter.

Pull Of The Moon