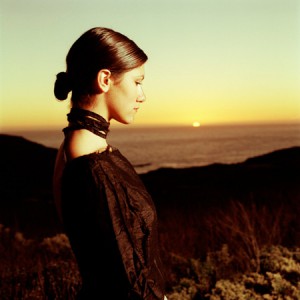 1) Elisa (born Elisa Toffoli on 19 December 1977) is an Italian singer. She sings in several musical genres that go from rock, to the blues, soul and ambient. She recently had a duet with Tina Turner with the song "Teach Me Again" for the film All the Invisible Children which went straight to #1 in Italy. 2) ????? (???), a Japanese singer who sang the opening theme song "euphoric field" of TV animation "ef - a tale of memories" and a few other anime themes. -Biography of Elisa Toffoli:

Born in Monfalcone, in the province of Gorizia (north-eastern Italy), since childhood she expressed a great artistic ability: dancing, painting, reciting and writing stories. Her love for art grew with poems of Rudyard Kipling and the lyrics of Jim Morrison, but the best of her talent is expressed in music. At the age of 11 she wrote her first lyrics and melody.

When she was 17 Elisa signed with Sugar. When she was 18 she left for Berkeley, where with Corrado Rustici (producer of Whitney Houston, Aretha Franklin, Francesco De Gregori and Claudio Baglioni) she worked on the songs of the album Pipes and Flowers.

In May 1997 she released the first single, "Sleeping in Your Hand". On 22 September the album Pipes and Flowers, produced by Rustici, which soon went Triple Platinum in Italy. Elisa was the author of all lyrics, written in English, and of the melodies as well.

Three singles from Pipes and Flowers were released: "Sleeping in your hand", Labyrinth and "A Feast for Me". For these just before 1998 Elisa won the Targa Tenco (Tenco Plate), and the Premio Italiano della Musica (Italian Musical Award). She performed excellently live at the Imola Heineken Jammin' Festival and as the special guest in the European tour of Eros Ramazzotti. In October she recorded the single "Cure Me", produced by Darren Allison, which was on the re-release of Pipes and Flowers.

On 5 May 2000 she released the album Asile's World (Asile being Elisa written backwards), anticipated from the single "Gift". The album was produced by Darren Allison, Howie B, Roberto Vernetti, Mauro Malavasi and Leo Z. Two other singles were released from this album: "Happiness Is Home" and the title-track, "Asile's World". Her biggest international hit "Come Speak to Me" is also on the album, as is the Italian translation "Luce (tramonti a nord est)", with which she won the Sanremo Festival in 2001. The English version of the song received high rotation on MTV Europe and the Italian version is a sure success on every live show in her home country.

9 November 2001 saw the release of her third album, Then Comes the Sun with Rustici back as producer/arranger. "Heaven Out of Hell" was the first single. The second single, "Rainbow", released on 22 February 2002, peaked at #5 on the Italian charts.

In 2002, Sugar released an international album entitled Elisa consisting of songs off her three first album. Although the top single "Come Speak to Me" received fair airplay and moderate attention in many European countries, the album failed to establish Elisa as an international artist.

Later in the same year Elisa released the album Lotus, an acoustic album featuring new, stripped-down versions of some of her best songs, as well as a handful of new ones. She also does a cover version of Leonard Cohen's "Hallelujah". "Broken" and "Electricity" were original singles from the album.

On 15 October 2004, her fifth album was released. Produced by Glen Ballard, best known for producing Alanis Morissette's Jagged Little Pill, the album was more rock-influenced and sported more electric guitars then her earlier records. "Together" was the initial single, but the greatest success was the Italian translation of "Life Goes On", entitled "Una poesia anche per te".

After an extensive Italian tour supporting Pearl Days, An album returned in 2005 with the hit single "Swan" for the film Melissa P. In early 2006 she released a self-penned duet with Tina Turner entitled "Teach Me Again", recorded for the film All the Invisible Children. The single was published not only in Italy, but also in Germany, Austria, Switzerland, Greece, Luxemburg and Spain. On the closing ceremony of the 2006 Winter Olympics in Turin Elisa sang her song "Luce". On November 17 will be released "Soundtrack 96-06 - The Best Of Elisa", the first "Best Of" for the Italian singer.-->