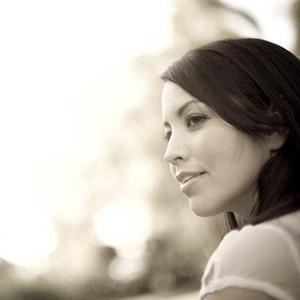 This Hawaii-born songstress stirs deeply with her words, yet brings a laugh when you least expect it. Her songs take you from new love to abiding faith, from despair to joy and to the buoyant hope of childhood dreams. Elina walks a fragile balance between the soft, laid-back music of her Hawaii childhood and a sharp-focused delivery honed from her years in the competitive L.A. entertainment scene.

Elina's debut album includes songs about life, love, brokenness and her faith. Some of the songs are ?Lucky,? which is a sassy duet about married life by Elina and her husband, Tyrone Wells. They also team up in ?Constantly? and ?Breathless,? expressing the faith that brought them together.

Tyrone Wells produced Elina's debut album and co-wrote some of the songs, including ?Dream Like New York?, which was a song selected for the end-title and soundtrack of Fox's recent animated film, ?Everyone's Hero.? This same song that the pair wrote, also moved on to be used for The World Series, Madison Square Garden Commercials and as a standard played at the New York Knicks' home games.

Elina has played at a variety of venues for a wide array of audiences. She has been on staff as a Worship Pastor and Guest Worship Leader for several years at her Fullerton based church, University Praise. She has also led worship or shared her own music at retreats, women's events, church event gatherings and church services throughout the West Coast and her home state of Hawaii. Her vocals and original songs have been featured on "The Longing", "Rain" and "Psalm Series" worship albums.

I Never Felt This Way Before