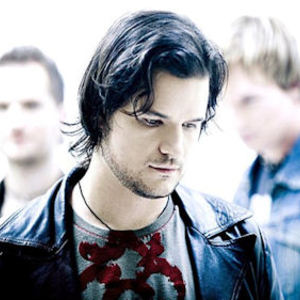 Elevate were a short-lived but inventive guitar-based band, formed in London in 1993. They released two albums (Bronzee, 1994 and The Architect, 1996) and several singles on Robin Proper-Sheppard's Flower Shop Records. Musically, they sit somewhere between The Fall and Slint, while always ploughing their own very particular, and very British, furrow. Elevate bring out the grimmer aspects of indie-noise in comparison to the likes of early Sonic Youth and Girls Against Boys. The band split up in 1997.

Elevate is a Canadian contemporary Christian worship band heralding from Briercrest Collage in Caronport, Saskatchewan. Formed in 2004 as part of the school's ministry training, they released their first CD in December 2004.

The five member band is made up of collage students from Briercrest. As it is a college ministry project, the members from the first CD release have interchanged with new members to keep the music coming. Their third CD was released in Feburary 2007.

There are at least two groups named Elevate, a Norwegian Christian group is also called Elevate.

Not Out of Mind