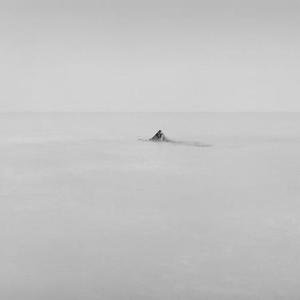 Release description: To say Michael Duane Ferrell (the man behind the Elian moniker) is a patient man would be something of an understatement. But then the work of Elian is all incredibly understated anyway, so it all fits nicely. I first heard Elian's work through mutual contacts, my first experience being ?We Are All Visitors Here' on the rather wonderful Test Tube label. In fact, if you go over the work he has released, you will instantly notice a person who clearly takes his time and treats each album as a labour of love in the fullest sense.

The album ?Whispers, Then Silence' was actually one of the first albums I got for release on Home Normal, all the way back in December 2009. Along with Celer, offthesky and Library Tapes, it was one of the albums which defined exactly what Home Normal would be for me. Its very special that we have been able to wait, tweak and just get everything timed perfectly for the release, which it duly has. The album is about as broad a record as we've released and about as ambitious a work that I have ever heard. From the opening vibraphone of its title track, through the interspersed white noise static and disturbing light-dark-dark-light melodies sourced from various instruments, you are left with the feeling of absolute and complete imagination. Always changing, never still, it keeps you suspended in its entirety, in (as one friend of mine said) ?a horror film state'.

Whilst I get this, it doesn't fit for me. There is often a very limiting split in so called ?minimal' work for me: light airy fluffy drone or dark ?doom' drone work, and quite frankly I am bored of both. Where this work is truly great is in its ability to cross the line between organic and electronic, accessible and inaccessible, dark and light. The melodies are totally unique and its a voice quite unlike anyone else out there today. It doesn't fit into any scene or exact definition, and whilst that may put some people off, it shouldn't. For those who are as patient as the man himself, sit down and enjoy, you are in for one incredible ride.