Ekayani and the Healing Band 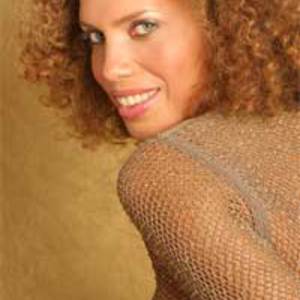 Ekayani and the Healing Band: Sometimes described as a "French superheroine" ,Ekayani is an intruiging personality who shifts effortslessly between mutiple identities. Having the blood of at least 9 different ethnic groups flowing though her veins with a command of French and English and being an itinerate traveler trotting the globe from The Netherlands to New York to Arizona and back again, her rich personal perspective keeps fans surprised.

An international performing & recording artist, Ekayani's award winning album FULL LENGTH was conceived in France and brought to term in the United States, where
Ekayani continues to push musical boundaries.Combining jazzy sounds with global influences, she
blends spoken word, singing, music & languages in a new groundbreaking style called "spinging", a
combination of speaking and singing. ?La RAIHNA ? (The Queen), voted #1 R&B in America & penned in Paris and
Lisbon during a series of thunderstorms, is now an award winning video produced & directed by Kurt Ritta.
Visit www.Ekayani.net to see La Raihna, listen to clips, read reviews, join the mailing list and other cool stuff.