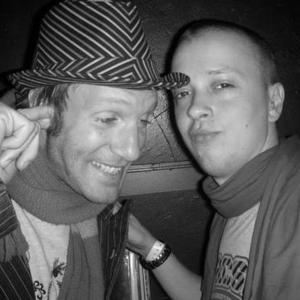 Einzelkind's Arno V?lker was indeed a lone child when he released drop74 on the first Body Language Compilation and he was happy. But within time loneliness weighed too heavy so, remembering the great times both had as partners in the drum'n'bass world, he had to lure out his long time socio Miguel Ayala, who was living an undercover existence as father and student. The bait was simple; chocolate and beer, but it had such a profound impact that the result just had to be great.

'Marsha' was born and from that it was no turning back, their first release on the new Get Physical sublabel Kindisch had everybody and their momma's attention. There was no stopping them now, working with Chelonis was their next challenge. Plus the next Kindisch was due, "Pay 2 Play" was the name of the next Einzelkind House banger. But they wanted more, a release on raum_musik under their Chupacabra alias awoke their appetite for techno. On their first collaboration with Dj Meat they delved further. Hard hitting Chicago influenced Drums paved the way for the new Einzelkind, the mean one. Get Physical just had to have it and so the release of the "Meat is Murder" was decided. This brought others to their attention, the result? A release on their hometown label Playhouse titled Lumumba Ep, currently the guys are working on their next Kindisch and a liveact they will be showcasing in July 2007. Expect everything when they play, just prepare.....when they come with no underwear.