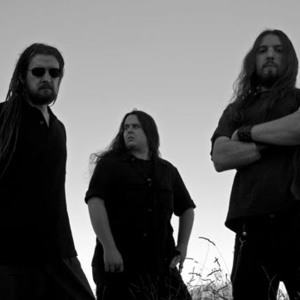 Egraine Egraine was born in the year 2002 when the drummer J.I.Solano, disappointed by his former projects, decided to form a new band with his brother, A.Solano (guitars). Both of them had been playing in different black metal bands for several years, but had never actually played together. They wrote a few songs that showed the musical concept that Egraine should be: fast, melodic metal, with some folk influence. They also stated that the band line-up should have only one guitar player, to enhace both the keyboards and bass presence.

The first album
With a solid team established and willing to play heavy metal their own way, Egraine finished writing the songs that constitute this first, self-produced record: "Once Lost?Now Found".


From the very beginning it was decided that a classical choir was essential to enhace the songs' tragical-epical feeling, so the band had to find the appropriate one. Unfortunately not every choir was willing to collaborate on a heavy metal project, and of those who did, only few did understood the spirit behind the recording. A few tries later, the local Magerit Choir -a renowned classical choir which not only has won several national awards but also enjoys working with contemporary musicians- was chosen. After a few conversations and rehearsals, things went so smoothly that the planned number of singers, originally 8, rose to nearly 40!


For the mixing and mastering stages, it had already been agreed with R. Hemmi to send the tracks to Finnvox Studios in Helsinki, so that the well-known engineers T.T Oksala and Mika Jussila (HIM, Stratovarius, Apocalyptica, Nightwish...) could turn them into the finished album it is today. A local freelance artist (A.Cores), who is specialized in watercolour paintings, was chosen for the cover art. The band already knew what they wanted, so a detailed description was given to Mr.Cores and a few days of joint work after, the beautiful feiry was created. They liked it so much they also gave him the responsibility of creating the whole booklet. For the logo a different person was needed, so M.Fern?ndez -a business-related designer- was contacted and hired.

Current Cast
Jorge Neila (Bass Guitar): After having set on feet his musical education in Madrid in 1984, he founded his first band at the age of 15, performing as a guitarist. Ever since he has joined different band of distinct styles (rock/ metal/ folk/ jazz etc.) playing either bass or e-guitar. In 2003 he graduated from the Aula de M?sica Moderna, Barcelona and after obtaining his Diploma in Musical Education and the Bachelor Degree in Musicology, he nowadays works as a music teacher. His influences reach from J.S. Bach to Iron Maiden, Miles Davis and many more.

Javier Piqueras (Keys): As a young child he perceived his vocation as he was taking piano lessons at highschool. Autodidact since the very beginning, he decided to broaden his knowledge by joining his first band at the age of 17 and by doing so he had the chance to play and compose different styles (rock/ progressive metal,?) and to initiate his guitar lessons. He continues his classes of modern harmony and jazz in Madrid. His musical influences are broadly diversified ? from Dream Theater via Yes, to Iron Maiden, Children of Bodom, Bill Evans ? and, of course, Chopin.

Alfredo Solano (Guitar): Attracted by the six strings since he was very young and enchanted with both classical and Irish folk music, he is the one who is responsible for most of the composing work at Egraine.

Juan Ignacio Solano (Drums): As a Black Metal Drummer, he does not only play the drums at Egraine, he's also the band's bard ? he is in charge of the stories beyond the lyrics.