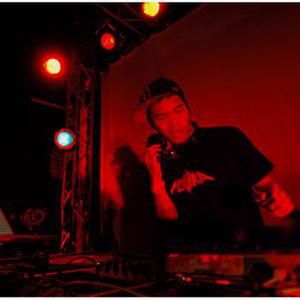 Born and raised in Weston, Massachussetts, Edward Ma, now known to the world as edIT, began his music career as "The Con Artist" just before the turn of the millennium. As a resident DJ at the now defunct Konkrete Jungle Los Angeles, he shared the stage with Hive, Daddy Kev, James Tai and mic rockers Busdriver, P.E.A.C.E. and Mikah 9. Konkrete Jungle marked the golden age of indie hip-hop in Los Angeles, and was the bridge between the jungle and b-boy massives.

During this time, he also held a residency at Dublab Radio. He was one of the very first Dublab DJs and broadcasted two weekly shows from the legendary Melrose Avenue studio. Far ahead of its time, Dublab operated as an internet radio station and served as a unifying force for the melting pot of L.A.'s intellectual DJ culture. During this musical renaissance, edIT used "The Con Artist" name to produce and engineer for the likes of Sole (Anticon), Busdriver (Epitaph), Aloe Blacc (Stones Throw), Emanon (Shaman Work), and Dr. Oop (Black Love).

It was 2003 when "The Con Artist" adopted the edIT moniker, while finishing his debut solo album Crying Over Pros for No Reason. The album was released by ?-Ziq's Planet-Mu imprint a year later in 2004. The album was a downtempo love-maker's epic about opportunities lost. Shortly thereafter, he shifted gears towards the dance floor and remixed Daedelus' "Dumbfound" for Plug Research, which became a party rockin' classic, and further established edIT as a force to be reckoned with in the IDM and electronic worlds. Aside from remixes, edIT garnered a lot of fame through his mash-ups of Top 40 radio jams by ridiculously cutting up a cappellas with hyper-glitch edits over original and popular hip-hop beats. His MySpace page started getting serious traffic (over 250,000 plays at this point) which led to URB Magazine naming him one of the "Next 100" artists to watch in 2006. The popularity of his mash-ups also led to a full-length mixtape commissioned by Hefty Records for their 10-year anniversary where he mashed the Hefty catalog with the likes of Li'l Wayne, T.I., Paul Wall and more. This mix became an overnight cult classic and was talk of the blogoshpere.

Next, edIT's focus turned towards original productions and his highly-anticipated sophomore album Certified Air Raid Material. Being released this Fall by L.A.'s most daring indie label Alpha Pup Records, the album has been a long four years in the making, featuring collaborations with close allies such as The Grouch, Busdriver, TTC, Abstract Rude and D-Styles. Suffice to say, Certified Air Raid Material is a dramatic departure from the melancholy downtempo sounds of Crying Over Pros for No Reason. Upbeat, energetic and impossibly complex, Certified Air Raid Material has certainly raised the bar for state-of-the-art electronic music production. The record is a tour de force of sheer production and engineering genius, resulting in a soulful and futuristic style of dance music that is incomparable to anything else out there. Also, edIT is a member of the renowned electronic trio The Glitch Mob.

The Game Is Not Over / More Lazers - Single

Crying Over Pros For No Reason