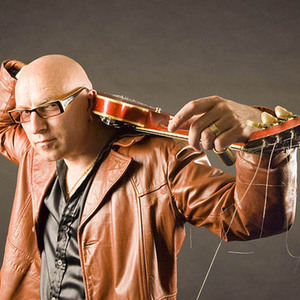 Born in London in the 60's, Eddie Martin wrote his first songs aged 12 and, influenced by acoustic and rock singer-songwriters from both sides of the Atlantic, turned professional after being nominated for Best British Blues Guitarist, Band and Album between 1996 and 1998. Since then he has built a strong following as an acoustic artist and charismatic band leader, he has also recorded and performed with many greats from both sides of the Atlantic, including John Mayall, Peter Green, Buddy Guy, and Taj Mahal.

His prolific recording and touring schedule takes him from his native UK all round the world to major events - first touring the USA to some acclaim in 1999. Recent years have for example, seen his big band headline the Colne International Rhythm and Blues Festival in the UK, his trio perform at the prestigious Cahors Blues Festival in France, and attend the World Harmonica Festival in Germany where he performed solo, held a harmonica masterclass and judged the world blues harmonica competition
He continues to record numerous live and studio sessions for national radio programs (BBC Radio 2 in the UK). His songs have found their way to the finals of the International Songwriting Competition and to the song stable of Alligator Records.

And his live performances have always attracted accolades. "The stuff of legend" said Guitarist Magazine this year,"a live act not to be missed" said Blues Revue USA. He will continue touring through 2007-8 with his powerful roots-rock trio and as a solo acoustic singer-songwriter/one-man-band to promote his 2 current releases on Blueblood Records, "Contrary Mary" and "Flowers to the Desert

His acoustic style has developed into a percussive blend of traditional blues slide and fingerpicking styles with flamenco rasguerdo techniques. These he combines with rack harmonica playing and foot percussion in the style of the one-man-blues bands such as Duster Bennet, Joe Hill Louis and Dr Ross.
On the electric, his forbears are clearly more robust and forceful: Freddy King, Albert King and Buddy Guy as, for example, "the Times" has noted. His guitar-playing alone has seen his cd work commended by the Guitar Press around Europe, receiving"excellent" tags from "Guitar" "Guitarist" in the UK and "Guitar and Bass" in Germany.
Most strikingly innovative is the simultaneous rack harmonica and guitar style that he has developed and which caused the International Harmonica Federation to single him out as one of the innovators on the instrument at the World Harmonica Festival in Germany.

A master songwriter, acoustic and electric guitarist, harmonica player and powerful singer, Eddie Martin has been described as "the most remarkable blues man of his generation" by Blues in Britain.

Looking Forward Looking Back (With His Big Blues Band)

When We Were Brave

Play The Blues With Feeling

Keep On Working: The Acoustic Blues Of Eddie Martin

Blue To The Bone