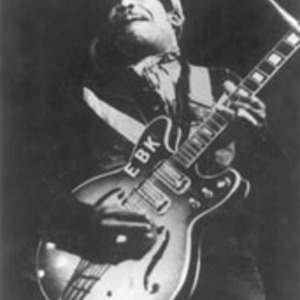 There are two artists known as Eddie Kirkland. 1. Eddie Kirkland (born August 16, 1923, Jamaica - February 27, 2011, Tampa, Florida) (although consistently noted as 1928, Kirkland states that the true year of his birth is 1923, and has been wrongly noted since his first interview) was an American blues guitarist, harmonicist, singer, and songwriter. Kirkland was raised in Dothan, Alabama in the United States until 1935, when he stowed away in the Sugar Girls Medicine Show tent truck and left town.

1. Eddie Kirkland (born August 16, 1923, Jamaica - February 27, 2011, Tampa, Florida) (although consistently noted as 1928, Kirkland states that the true year of his birth is 1923, and has been wrongly noted since his first interview) was an American blues guitarist, harmonicist, singer, and songwriter.

Kirkland was raised in Dothan, Alabama in the United States until 1935, when he stowed away in the Sugar Girls Medicine Show tent truck and left town. Blind Blake was the one who influenced him the most in those early days. He was placed on the chorus line with Diamond Tooth Mary. When the show closed a year later, he was in Dunkirk, Indiana where he briefly returned to school.

He joined the United States Army during World War II. It was racism in the military, he said, that led him to seek out the devil. After his discharge Kirkland traveled to Detroit where his mother had relocated. After a days work at the Ford Rouge Plant, Kirkland played his guitar at house parties, and there he met John Lee Hooker. Kirkland, a frequent second guitarist in recordings from 1949-1962. "It was difficult playin' behind Hooker but I had a good ear and was able to move in behind him on anything he did." Kirkland fashioned his own style of playing open chords, and transformed the rough, porch style delta blues into the electric age by using his thumb, rather than a guitar pick.

Kirkland secured his own series of recordings with Sid Nathan of King Records in 1953, at Fortune Records in 1958 and, by 1961, on his own album It's the Blues Man, with the King Curtis Band.

Kirkland became Hooker's road manager and the two traveled from Detroit to the Deep South on many tours, the last being in 1962 when Hooker abandoned Kirkland to go overseas. Kirkland found his way to Macon, Georgia and began performing with Otis Redding. As Eddie Kirk, he released "The Hawg" as a single on Stax Records in 1963. The record was overshadowed by Rufus Thomas's recordings, and Kirkland, discouraged by the music industry and his own lack of education to change the situation, turned to his other skill and sought work as an auto mechanic to earn a living for his growing family.

In 1970, a revival of the blues was taking place. Peter B. Lowry found Kirkland in Macon, GA and convinced him to record again. His first sessions were done in a motel room, resulting in the acoustic, solo LP Front and Center; his second was a studio-recorded band album, the funky The Devil... and other blues demons. Both were released on Lowry's Trix Records label. It was during the mid 1970s that Kirkland befriended the British blues-rock band, Foghat. Kirkland remained with Lowry, Trix, and in the Hudson Valley for twelve years. It was during this period that Kirkland appeared on Don Kirshner's Rock Concert with Muddy Waters, Honeyboy Edwards, and Foghat. These were also the years that Kirkland again energized his sound. "Eddie's thumb pick and fingers style give him freedom to play powerful chord riffs rich in rhythms and harmonic tension. He plays like a funky pianist, simultaneously covering bass lines, chord kick, and counterpoint."

The 1990s brought Randy Labbe as manager, booking agent and on his own record label, Deluge, recorded Kirkland. Three albums were produced during this Maine period, one live, one with a guest appearance from Hooker and one containing a duet with Christine Ohlman.

By 2000, Kirkland was on his own again, always doing his own driving to concerts in his Ford County Squires, crossing the country several times a year. Labeled now as the Road Warrior, "A thickset, powerful man in the waistcoat and pants of a pin strip suit; red shirt, medallion, shades and a black leather cap over a bandanna, his heavy leather overcoat slung over his arm,.... he's already a Road Warrior par excellence."

Kirkland, well into his eighties, was still driving himself to gigs along the coast and in Europe, frequently playing with the Wentus Blues Band from Finland.

Kirkland was tragically killed in an automobile accident on the morning of February 27, 2011 in Citrus Country, Florida. The accident occurred at approximately 8:30 a.m. after a Grey Hound Buss hit Kirkland's car. Reportedly Kirkland attempted to make a U-turn on U.S. 98 and Oak Park Boulevard, which caused the fatal accident.

Kirkland was flown to Tampa General Hospital where he died a short time later. The driver of the bus and the 13 passengers on-board were not hurt. [[1]]

Eddie Kirkland left behind a wife and nine children. One child Betty and first wife Ida preceded him in death.

2. Starting with pots and pans and a Casio keyboard, Eddie grew up with a passion for music at a very early age. After graduating from Stetson University, he joined the staff of Passion Conferences where he served as an assistant to Louie Giglio for three years. During his years at Passion, Eddie joined North Point Community Church, where he regularly leads worship at all campuses. Eddie just completed his first album, Orthodoxy, and is leading worship full-time at various churches and gatherings around the country. He and his beautiful wife, Danielle now live in North Atlanta with their dog Ella.