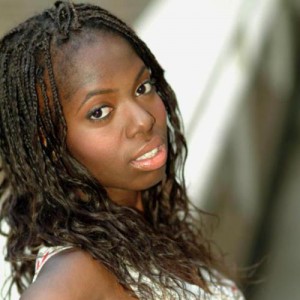 Atieno Hawkins is Ebony from Black Attack. Ebony was her alias. Atieno aka Ebony was born in Brooklyn, NY and had a production deal with X-tactic Muzik as a feature artist with Black Attack for two years in germany. This was during 1998-2000. She released three singles and two music videos. The singles were : Good Life w/ Black Attack, Survival w/Blackattack and What's going on? w/ Black Attack. Her deal was dropped at the end of two years recording. If your interested in signing her, meeting her, interviewing go to Ebony10777 on this site and e-mail her.

I know because its my story. I still sing in the US but I'm looking for a new record deal overseas for the fans! Hit me up!

- Another artist uses this name, but is mostly known as Gerard Requena or CJ Rolo
http://www.discogs.com/artist/Ebony+%283%29