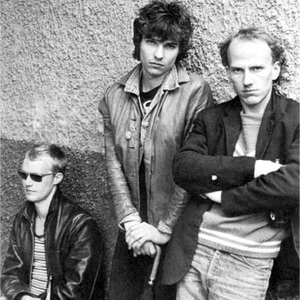 Ebba Gr?n was a Swedish punk/rock band. The band was formed in 1977 by Joakim Th?str?m (Pimme), Gunnar Ljungstedt (Gurra) and Lennart Eriksson (Fjodor), all from R?gsved, a suburb of Stockholm, Sweden. Their debut album, We're Only in it for the Drugs, was released in 1978. After their second album K?rlek & Uppror ("Love & Revolt") in 1981, Anders Sj?holm (Stry Terrarie) joined them. Their third album, released in 1982 and simply named Ebba Gr?n, also became their last; the band never recovered after Fjodor went to jail for four months for refusing to do military service...

"Ebba Gr?n" was a code name the Swedish police used in an operation against a terrorist group (a part of the German Red Army Faction), planning to kidnap the Minister for Immigration, Anna-Greta Leijon, in 1976.

Their probably most famous and most played song is Staten och Kapitalet ("The State and the Capital", roughly translated) and is a song purely and very directly critical towards the Swedish politics and politicians of the time, or maybe unjust politicians in general. The song is actually a cover of Bl? T?get's Den ena handen vet vad den andra g?r ("The one hand knows what the other hand is doing").

Many of their songs take up political issues or themes, but their main message doesn't seem to be overtly political. As they state in Tyna Bort ("Perish", or "Fade Away") they think music should be for your mental health and nothing else. They also seem to have been very much for living 'punk', as in caring about your freedom most, that money doesn't give happiness, young, careless and rebellious is right, and so on.

We're only in it for the drugs