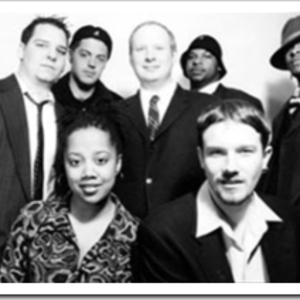 Put together top musicians from the Jazz and Reggae scenes, give them the recipie for the original Jamaican Ska, throw a dose of Soul in the mix and the result is Eastern Standard Time. From their initial days as a Be Bop influenced Ska-Jazz supergroup, the band has matured over more than a decade, adding Rocksteady, Reggae, Dub, Soul, and even Spy Jazz into their repertoire. Eastern Standard Time is a world-renowned act, with multiple tours of The United States, Canada, Europe and Russia to their credit.

Eastern Standard Time is a world-renowned act, with multiple tours of The United States, Canada, Europe and Russia to their credit. Their numerous recordings have brought them acclaim from as close as their own hometown--where they were dubbed "one of Washington's best bands" by the Washington Post-- to far flung areas of the globe such as Argentina, Indonesia, the Philippines, Russia, Slovenia and Venezuela, just to name a few.

Eastern Standard Time has been featured on TV specials such as MTV's "120 Minutes" and on various television talk shows. They can be heard in movie soundtracks and on radio stations around the world.

Eastern Standard Time's live performances are guaranteed to get your feet moving. Their unforgettable style and impeccable musicianship bring pleasure to the ears of all listeners; proving that they can bring the house down, time and "Eastern Standard Time" again!