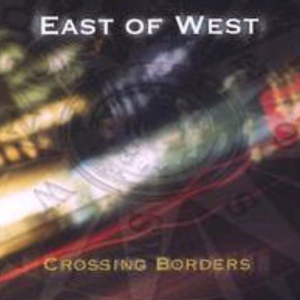 East of West's debut album Crossing Borders, is smooth jazz with a high-powered kick! If bands like Spyro Gyra, The Rippingtons, or Down To The Bone grab your ear, you'll dig the cool musicality of East of West. Crossing Borders packs a roller coaster ride of high-energy rhythms, sharp turning peaks of fusion, and smooth melodic transitions that effortlessly move the listener across a wide-ranging sonic landscape of contemporary jazz?. It's feel-good music!

If bands like Spyro Gyra, The Rippingtons, or Down To The Bone grab your ear, you'll dig the cool musicality of East of West.

Crossing Borders ?Track 1
The beat of African log-drums take the listener on a syncopated path of change and growth.
Second Wind ? Track 3
This high-energy composition evolves into a series of emotional highs. An exhilarating adventure of electrifying solos leave the listener thinking, ?Just when you thought it was over you get your second wind.?
View From My Window ? Track 4
A smooth rolling piano line brings to mind softly falling snow on a brisk winter's eve. A soothing melody pursues a steady groove accompanied by the warmth of gentle string lines.
Coast to Coast ? Track 5
Mix one roaring sax with some tasty Latin odd-meter and the listener ends up with a quick trip to Brazil. Pour yourself a caipirinha and kick back.
Twilight Mood ? Track 6
A soothing composition that flows to a mellow transition that moves through the coolness of the evening breeze, quelling the hurried soul.
Ride The Fade ? Track 7
A Latin groove meets sax funk in this Afro-Cuban mix that sizzles with a tempestuous timbale solo.
Changes (Single Release) ? Track 8
Reflective chord changes interplay, meld and move together as they balance sweetly in musical flight, ready for take off toward the changes that life brings.

At the time of production Steve resided in Boston while John was living in Los Angeles, hence the synergistic name East of West. These two long-time friends reunited in Boston to embark and collaborate on their musical aspirations and unique writing styles. Subsequently, Steve and John rejoined in Los Angeles to record and produce Crossing Borders at The Complex Recording Studios.

Three weeks into East of West's first radio campaign, Crossing Borders was among the ?Most Added? on the music industry hub Smoothjazz.com. It continues to climb the sanctioned smoothjazz.com weekly Top 50 indie charts. For a complete list of radio stations playing East of West nationwide please visit www.eastofwest.net/news

Steve Jeffery is a graduate of Boston's Berklee College of Music, John Cardoso is a graduate from both the Grove School of Music and Five Towns College, with each of them majoring in Composition and Performance.

East of West - where visions and dreams infuse to become an inspirational reality.