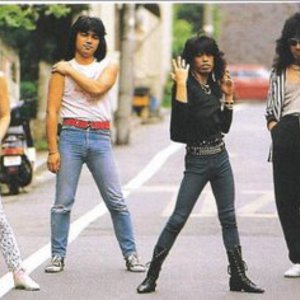 Earthshaker were one of a handful of Japanese hard/melodic rock band formed in 1978 in Tokyo. Their earlier music was also influenced by heavy metal, but the band steered toward a poppier sound on later albums and dropped from worldwide view, preferring to record and tour in their home country. After a successful run, they broke up in 1994, but returned five years later and are still going strong today. Remarkably, the original quartet from the first album are still together. The band was named after the Y&T (Yesterday and Today) album.

An early incarnation of the band included Minoru Niihara (of Loudness fame) as singer (originally bass and vocals).

Pray For The Earth

The Very Best Of Earthshaker