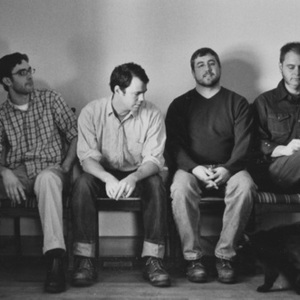 The Bloomington, IN, group Early Day Miners is a self-described "musical cooperative." The group's core members are Daniel Burton, Rory Leitch (both formerly of Ativin), and Joseph Brumley, but the trio enlists a revolving cast of friends for recordings and live performances. Early Day Miners spin American rural music into richly cinematic, experimental textures that contain a prominent streak of melancholy (and some slowcore tendencies).

The combo's first release was the seven-song, 49-minute Placer Found, which emerged in 2000 on Western Vinyl. The 2002 LP Let Us Garlands Bring, on Secretly Canadian Records, boasted richer and more fleshed-out landscapes to underpin the vocals of key member Burton. Early Day Miners continued on with 2003's Jefferson At Rest and 2005's All Harm Ends Here out on Secretly Canadian. The next year, the six-song Offshore, which was originally conceived to be a part of Let Us Garlands Bring and featured the production work of Tortoise's John McEntire, was released.