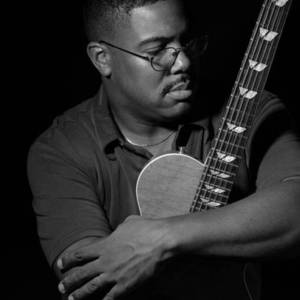 Guitarist Earl Carter releases his sophomore offering titled ?495,? with desire and aspiration on taking his music career to the next level. Carter has been kickin' it with various who's, who of not only the music industry but films as well. For example: in the early nineties he recorded music for Spike Lee's movie ?Do The Right Thing,? he also laid down several tracks for ?Daddy's House? produced for non-other then rap star, producer, fashion & business mogul P. Diddy. According to his liner notes: ?Carter works frequently as a freelance artist.

?? In most recent years he lent his guitar stylings to some of the hottest names in smoothjazz and r&b Bobby Lyle, Marcus Johnson, Mike Phillips, Regina Bell and he's also opened for legendary groups like Pieces of a Dream and Spyro Gyra.

Earl Carter definitely knows his way around the axe, he plays with the finesse and strength equally as well as his peers. As aforementioned earlier in the review Mr. Carter has a serious resume in hand, he's played and will continue to play with some of today's best musicians in the smooth jazz and R&B genres.

Carter should get the attention that he so deserves as a quality musician. After all he's young, gifted, talented and potentially one of the most promising guitarist waiting to spread his wings and possibly explore a wealth music that's beckoning him to play at a moments notice.