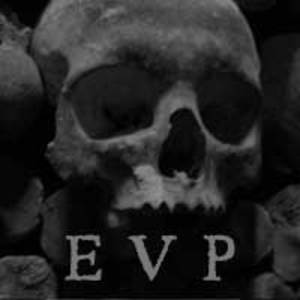 1) Electronic Voice Phenomena aka E.V.P. is a German solo-project, which after several years of commitment now released its official debut-cd. The title of this debut-cd for sure indicates the kind of inspiration running through the mind of this composer. The death can't be cruel and dark enough for E.V.P. and the sounds clearly express the darkest thoughts of this artist. Orchestral arrangements come out of my speakers leading me into an imaginary nightmare of pure horror. The simple force of music has only accentuated this horrible vision.

E.V.P has been making psychedelic trance music since 1996,After a few years he Qualified as an RSA approved sound engineer, having studied mixing and mastering of rock music along with synthesis and sequencing using an SSL mixing console and also Macintosh with Logic. After that he has been applying these techniques / skills to produce a high quality finish to the music, also focusing on keeping the music comfortable to listen to at very high levels. The style he is producing is an individual, positive sound that has many twisted electronic sounds but still keeps a very groovy feel which always energizes the dance-floor. E.V.P has played a very wide range of parties over the last 5 years; small or large free outdoor parties, small or large club events, squat parties and also more recently since releasing his debut album in Nov 2005 and his side project RealityGrid 1st album in 2007 he has had a large number of major international outdoor festival bookings. He has played in over 30 countries world wide and already has a number of bookings into the middle of 2008. His new album 'Holographic Consciousness' (WildCD008) is ready, and has already completed a number of international tour dates to promote the release, including Japan, italy, croatia and a number of dates in uk. The two biggest recent gigs were Nagisa Festival 2008 in Japan and also the Milano Street Parade 2008 in Italy, followed by Trimutri festival in Russia and also Gaian Mind Festival in USA. E.V.P is also a psychedelic artist having produced album art, flyers, and most of the Wildthings promotional material.