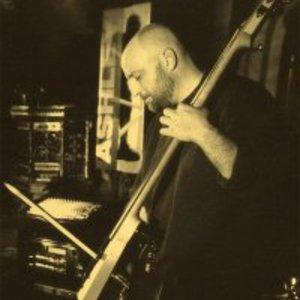 Dwight Ashley finds refuge in a surreal world of sound. His frostbound expressionism is smooth, concentrating more on texture, tone and atmosphere than with narrative. His recorded work is dark, nuanced and separate artistic visions - yet, once connected by the listener, form something real in and of itself. Having collaborated with Tim Story, Hans-Joachim Roedelius, Dieter Moebius and K Leimer, Ashley's musical center remains with his unusual perception and abundant creative power.

His compositions are realized through variations in timbre and tone - the most basic concept in Electronic Music. Songs are found in the making, with new possibilities to be discovered along the way. His work penetrates, then devours. It is a way of thinking in sound - putting into sound a vastness that only the imagination can contain.

Although formally trained on cello and piano, Dwight Ashley is known primarily for his contributions to the world of electronic music. Ashley spent the late '70s and '80s in musical obscurity building an unpublished catalog of recording. In the '90s, he began making his work public, releasing two projects with collaborator Tim Story (A Desperate Serenity, and Drop). In 2004, he released his debut solo recording Discrete Carbon, followed by two more solo projects and a retrospective release in 2008.
His work can also be heard on various 60 x 60 projects, NPR, Hearts of Space, and compilations such as Hypnos Records, Sounds of A Universe Overheard and WWUH's Euphony series.