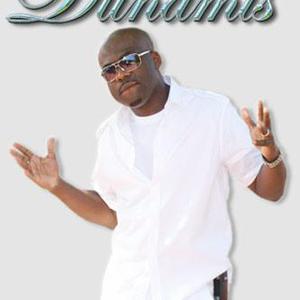 BIOGRAPHY Twenty Nine year old Neil Hall, a.k.a. ?Dunamis? is on fire for the Lord. Ignited by his passion for Christ and fueled by his past experiences, it is Neil's mission to reach the world with the transforming message of the Power of God. Born and raised in Jamaica until the age of ten, Neil grew up feeling isolated from those around him. His painful struggle as a teenager and his desire to feel belonged inevitably led him into New York's urban street scene which almost ended his life by a gunshot in his back.

When he entered Junior High school, he began hanging around gangs and the drug scene in a desperate search for friends. That ?desperation? led him on a path of smoking and stealing seeking to live up the stereotypical street life. Fearful for his life, his mother sent him to a Christian Youth Camp in upstate New York Summer of 1993; Neil came face to face with God whom he could not refuse. The speaker at the camp made the choice clear to Neil-Heaven or Hell, which one would Neil go to if he were to die? It was at that camp that Neil asked God into his heart and where the power of the Holy Spirit began working in his life. Though his struggles for identity continued his mother then sent him back to Jamaica. While in Jamaica, Neil arrived at his Crossroad-the World or the Lord. He now stands as a man of God, ready to share his testimony through the medium of Reggae music, his platform to the world. Dancehall music has always been a comfort to his searching soul. Neil always knew he had it in him to be a stage performer when he challenged his fellow students at school to ?free style? dancehall lyrics. Impressed by the lyrics that flowed so easily from his lips, students often shield away from meeting the challenge. Years later his wife, equally impressed and swayed by his God-given ability, encouraged him to use his talent for the Lord. Inspiration from Neil's sole mission lies in a single verse?Luke 10 vs.19 which states ?Behold I give unto you POWER to tread on serpents and scorpions and over all the POWER of the enemy, and nothing shall by any means hurt you.? He wants young people to realize that the secret to defeating the schemes of the devil lies in that power that only God provides through Christ Jesus. He wants them to understand where he's been. It is Neil's mix of experiences that call him to an outright verbal defensive against the enemy, which is caught in almost every line of his songs. He has shared stages with Gospel R&B Recording Artist Canton Jones, Hip-Hop Recording Artist Richie Righteous and I-Roc, Reggae Recording Artists Papa San, Junior Tucker, Carlene Davis, The Grace Thrillers, Stitchie and last but not least Chevelle Franklin. Many would know Dunamis by ?Him Nah Believe Sey? from Raggamuffin Hip Hop 2. Dunamis has done press via various mediums, radio, print and TV you could listen to one of his interviews on Gospel-Spotlight.com and is featured on GospelCity.com. He will be ministering on international stages throughout Europe, Africa (with Byron Cage and Donald Lawrence just to name a few) and the Caribbean Islands. This Dynamic Gospel Reggae Artist's no-nonsense message is clear and is a recipe for STRENGTH, WARFARE, and VICTORY through Christ Jesus.