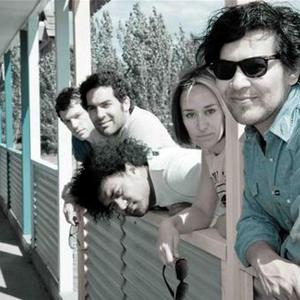 1. The Dukes are a five piece pop rock band from Christchurch, New Zealand comprised of brothers Matt and Jo Barus, Brad Banks, Lauren Mitchell and Fausia Fialele. Formed in 2003, they released their debut album, Lil' Sunshine, in May 2005. In 2009 they released the hit single Vampires, which caused them to breakthrough to the mainstream audience and gained them critical and commerical success. Their second studio album is set to be released sometime in 2010. Their second single from the album, Self Control, was released to radio in April 2010.

3. A band from the Netherlands, in 1966 they have a hit called friday on my mind

4. "The incarnation of pure musical brilliance" in their own words. simply some kids from Brisbane named Val C. And Jacques C. Jr. who sound amazing. they play Guitar, bass, drums, synth, vibes, strings, piano, glockenspiels & Computers, you must listen! http://www.myspace.com/dukesdukesdukes

Smoke Against The Beat

Wrong Side Of The Tracks