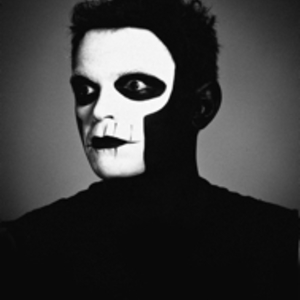 Drums Of Death is the frenzied techno alter-ego of Colin Bailey. Many have seen the ferocious, energetic live shows and heard his intense remixes of artists such as Hot Chip and Franz Ferdinand. With his new 'Black Waves' EP on Civil Music, you can now hear the first new work since the critically acclaimed 'Generation Hexed' album in 2010. A electrifying new live set that sees a return to house and techno roots reflects the praise that's already been heaped on 'Black Waves'.

When Drums Of Death emerged he was nominated 'Best New Producer' by DJ Magazine and shrouded in hype, with the release of his song-based album he was on the cover of IDJ Magazine and now with 'Black Waves' it's about going back to basics. Behind the paint lies an 808 heart beating, so it's back to the rhythms, back to the drums.


2. Drums of Death is also a one off set of field recordings, released on Tzadik, of a funeral procession in central Ghana.