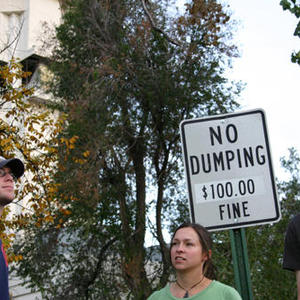 Drop the Fear, hailing from Denver, Colorado, fuse the sounds of electronic rock with the lushness of shoegaze, and an atmosphere much like something out of a Tim Burton flick. Utilizing many sounds much like a symphony would, the work itself draws many comparisons to artists such as Cocteau Twins, but with a fresh approach similar in nature to Massive Attack. Sexy, mood driven, and deep in layers, their sound is hard to categorize, but somehow comforting and familiar.

Their debut self-titled album was released on Helmet Room Recordings in 2005 and was released simultaneously with a limited edition cd/dvd featuring footage shot, edited & produced by Drop The Fear to coincide with this musical experience.