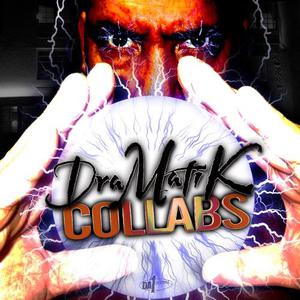 Hailing from the City of Lawrence , Ma A.K.A Law-Town DraMatik has spent much of his time on the underground developing his Dramaturgic style. As a kid Andres Gonzalez grew up in the mean Streets of Philadelphia and New Jersey . He spent most of his time getting into trouble and beefing with his 3 older sisters. One of whom was a DJ which exposed DraMatik to music at a very young age. He listened to everything from Rock & Roll to Mo-Town. Eventually it was his mother's fleeing from an abusive relationship that forced her to bring DraMa to Lawrence MA .

Coming up in the golden age of Hip-Hop DraMatik was first enticed to the scene by such great artist as KRS-One, Chuck D, EPMD and many more. What began as an interest in writing poetry soon evolved into flowing. With one foot in the streets and the other planted in music, it was hard to focus on becoming an artist. While banging on the streets DraMatik ended up in the hospital with a gunshot wound to the chest. Faced with the fact that his own young son could become just another ghetto bastard he now had the motivation to make the right change and focus on music as an alternate choice to street violence. The evolution from Andres to DraMatik began when he came across great local artist Like Scientifik(R.I.P) , Edo OG, and Krumb Snatcha who inspired him to work hard and make his own mark on the game. Joining the group Missing Elements made him step it up and get better but when the group broke up he was left to his own devices. A few battles generated some buzz in the underground which is when he caught the ear of Krumb Snatcha. He was offered a spot on the W.O.L.V.E.S. (Worriors Organizing Lives Values Escaping Struggle) label where he met Itchy Finga, the Wolves Lieutenant who with the help of KS enhanced the unique DraMatik Style we've come to know. Now we unleash upon you the style and story that is DraMatik You can hear music from DraMatik featured on such Stations as 94.5 G-Spin's "The Launch Pad", 88.9 at Nite WERS and various Mix Tapes world wide! DraMatik has opened up for such acts as Method Man, Gang Starr, Wu-Tang Clan, CappaDonna, RoccaFella- FreeWay, Teara Marie, Memphis Bleek, G-Unit- Tony Yayo & Loyd Banks, Big Shug, Styles P, Terro Squad- Tony Sunshine, Prospect and many many more!