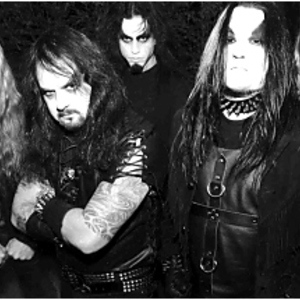 Dragonlord, sometimes written as DragonLord (occasionally confused with a Spanish power metal band Dragon Lord due to similarities in names), is a North American black metal band. Dragonlord was formed in 2001 as a side project by Eric Peterson and Steve DiGiorgio of Testament and Steve Smyth of Nevermore. It is a result of Eric Peterson's interest in darker music, and not being able to do that with Testament he formed Dragonlord. The band is notable for having a unique sound that combines elements of black metal (screeching vocals, keyboards) with some thrash guitar influences.

Also the band is among the rare examples of symphonic black metal in United States (at least, with a big name for themselves). Lyrical themes vary, either about the rage of a dragon (hence the name), death, war, lost love, Satanic or otherwise anti-religious themes (most common in black metal), or a combination of a few.

DiGiorgio later left the group and was replaced by former Testament bassist Derek Ramirez. Lyle Livingston plays keyboards for the band, and Jon Allen is their drummer.

There was also a Swedish Heavy/Power Metal band with this name during the end of the 90's.