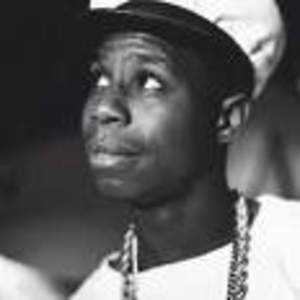 Doug E. Fresh (born Douglas E. Davis, 17 September 1966, in Saint Thomas, U.S. Virgin Islands) is an American rapper, record producer, and beatboxer. One of the earliest beatboxers (and still seen as one of the best), Fresh is able to imitate drum machines and various special effects with often startling accuracy. Fresh's early records are out of print, and have never been released on compact disc; thus original records can command high prices.

He was born in St. Thomas, but came to the United States with his family when he was young.

His recording debut was 1983's single "Pass the Budda," also featuring Spoonie Gee and DJ Spivey. However, Fresh's breakthrough was 1984's "Beat Street" behind the Treacherous Three. That same year saw Fresh's debut as a solo artist with the singles "Just Having Fun" and "Original Human Beatbox".

Fresh became a major rap star in 1985. His single "The Show/La Di Da Di," is considered an early hip hop classic. The "Get Fresh Crew" was featured: DJs Barry B., Chill Will, and MC Ricky D (who would later achieve fame as Slick Rick).

In 1987, Fresh's first full-length record was issued. Called Oh, My God!, this included a few more notable tracks such as ("Play This Only at Night" and "All the Way to Heaven") and was critically hailed for incorporating elements of reggae and gospel music. The next year saw another long player, The World's Greatest Entertainer, which appeared on Billboard magazine's charts due in part to a popular single, "Keep Risin' to the Top". Slick Rick's input was not appreciated by their joint record label, Fantasy Records, and he was asked to leave the group. However, subsequently Slick Rick released his own solo debut The Great Adventures of Slick Rick on Def Jam, to big success.

Fresh did not record again until 1992's Doin' What I Gotta Do, issued by MC Hammer's Bust It Records. Rap had changed appreciably in the interim, and Fresh seemed a little lost. The record performed poorly.

In 1995, Slick Rick and Fresh reunited for a record entitled Play which found Fresh back on his feet. Play received positive reviews; Bret Love writes that the record is "a welcome flashback to the days when guns, drugs, sex and violence were not the genre's primary lyrical focus."[1]

In the late 1990s, Fresh collaborated with Prince on a number of recordings, notably Newpower Soul and the "1999, the New Master" EP. Recently, Fresh has appeared on VH1's I Love the 80s.

Fresh is a Scientologist and has performed for large audiences of Scientologists at the annual Scientology Celebrity Centre Gala in both 2004 and 2005. He also recorded a couple of songs on the Scientology music album "The Joy of Creating" along with Isaac Hayes, and Chick Corea.

Doin' What I Gotta Do (With The New Get Fresh Crew)

The World's Greatest Entertainer (With The Get Fresh Crew)

Keep Risin' To The Top (With The Get Fresh Crew) (VLS)

Play This Only At Night (With The Get Fresh Crew) (VLS)

Oh, My God! (With The Get Fresh Crew)

Lovin' Ev'ry Minute Of It (VLS)

The Show (With The Get Fresh Crew) (VLS)