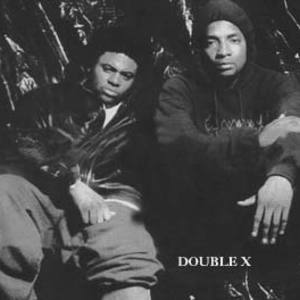 1. Double X Posse, also known as Double XX Posse, was a 1990s hip hop group. Its debut album, Put Ya Boots On (1992), spawned two successful singles. The first and most successful, titled "Not Gonna be Able to Do It," reached #1 on the Billboard Hot Rap Singles in 1992 and also reached 68 on the Hot R&B/Hip-Hop Singles & Tracks chart in 1993. The second and final single from the group, "Head Cracker," reached #15 on the Hot Rap Singles chart.

The group released a second album, Ruff, Rugged & Raw, in 1995, which had no singles. Both albums were released on Atlantic Records, their first on Big Beat Records, a subsidiary of Atlantic.

"Not Gonna Be Able to Do It" appeared in the popular sitcom The Fresh Prince of Bel-Air, in the season 3 episode titled "You Bet Your Life."


2. German techno-duo with well-known Alexander Kowalski and friend Torsten Litschko.
Their second album A:LIVE gained much positive respons and is a very dark journey through german quality minimal techno, with the special "Kowalski-touch".