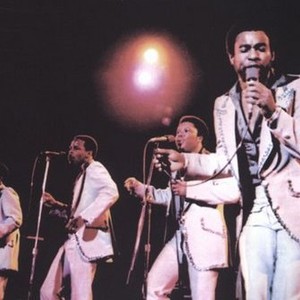 DOUBLE EXPOSURE IS BACK ON THE SCENE AND BETTER THAN EVER Formerly known as United Image, this group had been singing together since Jr. High School. After High School and military service they reunited and began their quest toward a life-long dream of becoming successful entertainers and recording artists. It was not easy but they believed in their God-given talents and just simply loved to sing.

IS BACK ON THE SCENE AND BETTER THAN EVER


Formerly known as United Image, this group had been singing together since Jr. High School. After High School and military service they reunited and began their quest toward a life-long dream of becoming successful entertainers and recording artists. It was not easy but they believed in their God-given talents and just simply loved to sing.

Upon recommendation of some DJ's, United Image was introduced to recording executive Lebaron Taylor, who signed them to Stax Records. They released a single ?Love's Creeping Up On Me? and they also released a dance tune "The African Bump" backed with "Hit Man? in Philadelphia. As time moved on so did the group.

Producer and Songwriter, Norman Harris ran into Joe from Double Exposure and invited the group to an audition for a record company. That record company turned out to be Salsoul Records represented by Vice President Ken Cayre. Needless to say the audition went well. It had been previously suggested that the group change their name to something more modern. Some band members had joked about pictures taken and saying they looked like a double exposure. Well, the name stuck. Double Exposure was signed to Salsoul Records and began rehearsing new songs for their upcoming album entitled ?TEN PERCENT?.

On December 11, 1975, at Sigma Sound Studios in Philadelphia, Pennsylvania, Double Exposure began recording what would become one of the most successful albums to come out of the Philly music empire, ?TEN PERCENT?. Around the spring of 1978 the "Four Play" album was released. Two songs were produced by Ron Tyson (currently with the Temptations). There was a remake of First Choice's "Newsy Neighbors", but the strongest song on the album was a ballad called "Perfect Lover" written by Akins, Bellman, Drayton, &Turner. In 1979, Double Exposure's ?Locker Room? was released.

Double Exposure's first album entitled, "Ten Percent" including the title cut had tremendous success, first as a ?Disco? hit, then reaching the" R&B" charts and also having surprising success on the "POP" charts. The second single from that album "My Love is Free" was also a smash hit on all three charts, putting Double Exposure over the top. The results were two Gold singles and one Gold album. For Jimmy Williams, Charles Whittington, Leonard (Butch) Davis, and Joe Harris, this was their first taste of real success in the recording business but definitely not their first experience. Along with the songs, ?Ten Percent and My Love Is Free?, the song ?Every Man? became another big dance hit off the album. Three ballads from the album, "Give My Love Away" written and produced by Bruce Hawes, "Just Can't Say Hello" produced by Vince Montana, and the song "Pick Me" a bluesy tune written and produced by Bruce Gray, Conway and Felder were also hits.

This album gave Double Exposure worldwide exposure and plenty of appeal. They were a hit not only in the United States but also in Canada, South America, England, South Africa, and Kenya. "My Love Is Free" and the "Ten Percent" album both went gold in South Africa.

They had also gained a reputation of having a strong, polished, and energetic stage show which was backed up by excellent musicians. These guys are a family having been personal friends for over forty years. The camaraderie is true, the love is genuine, and the friendship is priceless!

You can count on Double Exposure to bring great music with excellent vocals. Their star has not fizzled, it still shines bright. Look for more music from Double Exposure!

doubleexposureonline.com and on Face Book