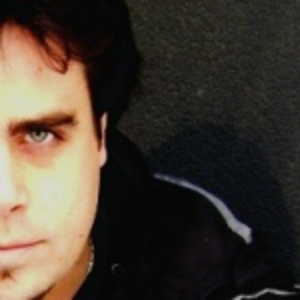 UK Rock band comprising of Rob Chapman (Vocals/ Guitars), Dave Hollingworth (Bass Guitar), Ben Minal (Drums) and Rabea Massaad (Guitars). Discography: Primordial Audio Chronicle (EP) - 2012. http://www.dorje.tv/ The foundations of Dorje are based on years of playing together. Back in 2007 Rabea, Dave and Ben moved in to the same house in order to focus on their music they made together, but after several years of work the band was forced to an end. It was at this point that Rob found Rabea.


The foundations of Dorje are based on years of playing together. Back in 2007 Rabea, Dave and Ben moved in to the same house in order to focus on their music they made together, but after several years of work the band was forced to an end. It was at this point that Rob found Rabea.

Upon a chance meeting, Rob spotted Rabea working at a bar and, after a short conversation, he instantly knew that something good was to happen. It wasn't long before Rob asked Rabea to join his band and asked if he knew a drummer and bass player; of course, Ben and Dave were instant recommendations and, a couple of months later, they were all playing together as ?The Rob Chapman Band?.

After a series of shows and the chance to bond as the new band, the jams evolved and it became obvious that the natural progression for the project was to move away from Rob's solo material, and to form a new band. The decision to write collaboratively as a new unit was the right one; the music created in those early sessions served to inspire and fuel the band to work harder and write more. In short, Dorje was born.

Their debut EP, ?Primordial Audio Chronicle: Volume One? captures what so many fans love about Dorje's sound, and delivers a punch that can only be matched by seeing them live. Recorded by the band themselves, it reveals four sides of musical understanding & expression: the drums give a solid yet subtly complex foundation, scattered with nuances to keep things spicy; the bass grooves and growls, smooth yet aggressive, and provides a low-end bite that reinforces the frequencies; the detuned & blues inspired riff-wizardry weaves hook-laden webs, layered upon effected sections that evoke a real sense of the mystical and are occasionally shredded by face-melting solos; the vocals sing of hard-learned tales, revealing again their bluesy roots, delivered with a sense of melodic urgency as powerful as it is honest, binding the music together.

Following this, Dorje developed a unique approach to the way they work: harnessing the power of new media, they have been able to extend their musical reach all over the world, practically selling out their first UK tour (which was also their first run of shows as Dorje), garnering praise from fans from all across the globe via their impressive online presence, both as a band and as individuals, and always working towards the next step in creating their bold, unique, and unquestionably inevitable legacy.

Whilst they may be a relatively new band, Dorje are already making waves. Fusing a musical passion reminiscent of the classic bands of the golden age of rock, with a modern and self-aware approach needed to succeed in the modern day, only one thing remains to be said: Watch out.

Dorje are here and they sure as Hell mean business.

Centred And One (EP)