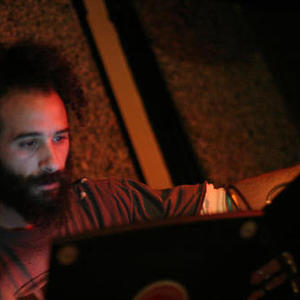 Like an unscratchable itch or an uneasy memory, the sonic escapades of Doofgoblin (nee John Gulino) are a thorn in the side of would-be easy listeners. Gulino produces complex tickle-pain/hyper-pop music that caters to nail biters and short attention spans, in which rural thematics penetrate a thicket of electronic techno-noise and order subtly disguises itself as mechanized chaos. Tight orchestration wrestles with digital catastrophe; moments of anarchy and humor arise and disappear.

Meanwhile, the dysfunctional relationship between noise and time plays itself out over a tortured, if grassy, field.

As a Connecticut youngster, Gulino absorbed the early sounds of Megadeth, Metallica, and Anthrax (often directly from a speaker placed on his chest as he lay in bed); later years found him turning to a diet of experimentalism through the likes of The Residents and Mr. Bungle. In 1999, after earning a degree in music performance, Gulino moved to Oakland, CA to steep himself in the Bay Area's strange brew of musical styles, flavored by a constantly changing panoply of local and visiting bands: Idiot Flesh, the Melvins, Thinking Fellers Union, Matmos, and Kit Clayton. Gulino's background in metal and noise improvisation, via several self-released albums of four-track acoustic guitar ditties, gradually evolved into a praxis of computer-based synthesis informed by Autechre and Aphex Twin. Yet the swirl of influences in Gulino's electronic composition ranges widely, from the tasty pop bites of Thingy and Pinback to the ironic opacity of Steely Dan, from the carnivalesque atmospherics of the Residents to the DIY ethos of Oakland art-rock denizens like Sleepytime Gorilla Museum and Rube Waddell.

2001 saw Gulino self-release his first full-length as Doofgoblin, titled II, then light out for the territory of rural Virginia, trading scene for scenery. The effects of country living were apparent in his next release, 2002's Char Lotties Ville, which blazed a spooky backwoods trail and got Doofgoblin noticed by Chapel Hill, NC-based Unschooled Records. After contributing a track to the new label's compilation, Enter, Gulino delivered the full-length Marblebarrel in September 2003 and quickly followed with a CD EP, Album RL, in March 2004. The two garnered a raft of favorable reviews, with Angry Ape describing "a bastardised sound-clash of eccentric ideologies, processed noise and fractured samples" and Igloo Magazine declaring that "Gulino's definitive style is sure to raise the bar for up-and-coming electronic musicians". Gulino supported the Unschooled releases with tours on both coasts, playing with acts like I Am Robot and Proud, Random Number and Headphone Science, and unnerving audiences with extended improvisations, high energy album song renditions, and live sound experiments. Back home in Virginia, his increased reclusiveness resulted in an explosion of new material, ultimately known to the outside world as Know the Situation, the full-length CD released on Unschooled in March 2005.

Since the release of Know the Situation, Doofgoblin has toured the eastern half of the U.S. with Plat (Reykjavik, Iceland) and Katastatik (Baltimore, MD); shared stages with Xanopticon, Jason Forrest, Doormouse, Books On Tape, Captain Ahab, and Of Montreal; and performed at the CMJ, Sonic Circuits, and Signal music festivals.

Though active since 1998 in various online electronica communities, Gulino has always resisted the consumerism of the gearhead, as well as the product-minded critics who complain that Doofgoblin songs are "too short", preferring instead to subvert expectations about harmonic structure and the nature of time through a compositional process that renders almost everything obsolete as soon as it is completed.