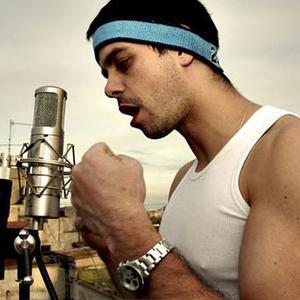 For the American rapper see The D.O.C.

2) An ambient/electronica composer/producer from Finland.

In March 2006 Doc and Lena Selyanina released their third neoclassical ambient album: Noble, Sentimental and Ambient Waltzes (MT008), inspired by Maurice Ravel's series of waltzes for the piano. The fourth album of Doc and Lena, Echoes from an Engulfed Cathedral (MT011), came out in January 2007. Like their earlier 'An Island of Joy', this album was also inspired by Claude Debussy's music.

The fifth Doc and Lena Selyanina album, Nangilima (MT015), came out in In December 2007. This album was inspired by Dmitri Shostakovich's piano preludes and its broad theme was childhood: its joys, fears and fantasies. In January 2008 came out Cosmic Lullabies (MT018), a calm, cosmic and meditative work.

Besides the official album releases Doc has released several singles both on his own and in co-operation with Lena Selyanina.

3) Born in Athens Greece, 1/08/1966
He has started to sing in Punk rock bands at the age of 16. After his music interests mooved from punk to heavy and thrash metal ,where at the beggining of the 90s he started to mix metal and indie rock at small clubs and bars in Thessaloniki.

At the same time he made his first contact with the first underground rave parties
and got infected by the psychedelic sounds of trance .
After 1996 he starts to mix psy trance at illegal parties in warehouses

At the summer of 1997 ,he has been playing every summer as a resident dj at the open air club "Mojo" at the island of Ios along with international guest djs like:Atmos ,James monro ,Anti, Synchro ,Mark Allen etc.

At the beginning of 2002 he became an official dj of Candyflip records and has been promoting the label with his djsets in Greece and around the world.

5) Doc is also the name of a Swedish male musician, whose music is available for purchase at http://www.salza.se. He releases music under Creative Commons license.

Comin Back to New Orleans Too