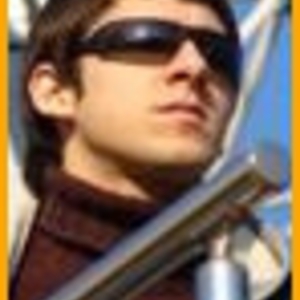 Milich Jivorad was born in 1980. His hometown Pirot is a place, remote from the origins of the clubbing culture in former Yugoslavia. The very first contact with the music for Milich is still in the childhood, when he started to play the piano. At the age of 16-years old he set up house parties and soon he conquers the hearts of his friends, despite the electronic sound is barely known in his homeland.

His first engagement is like resident at club ?By Italy? in Pirot, where he works till the time he finished highschool. After he graduated school, Lion moves to Nish, where he continues his study. Investing most of his savings in equipment, Milich doesn't give up his beloved work as a dj, and soon he wins a residency in the hottest clubs in Nish - "SCENA", "OPERA","GALLERY","ONE PLACE", "IRISH PUB","ECLIPS", ?SORABI?, NIGHT CLUB ?CHAIR?. The first big break for Lion comes with the work in the most popular clubs in the famous mountain resort Kapaonik. With his tender age of 21 years Lion is already a DJ star. DJ Lion is among those people, who always aim at perfection in their music. It's not a surprise for anybody, that no matter on what he works ? his own production, remixes or DJ sets ? his sake of music gives him the strenth to perfect himself more and more. It's interesting that except Serbian, Lion has a Bulgarian citizenship too. At this moment he is a successful young DJ, as well as a student in Sound design in The Academy for music production in Belgrade. His discography contains his mixed discs - "NIGHT BREEZE"- parts I, II, III, IV... "SUMMER MANIA"- parts I, II and III and "LION'S FEELINGS" I and II. His unique style is a mixture of tech, tribal, progressive, electro, funky, deep, jazzy, vocal and break beat house.