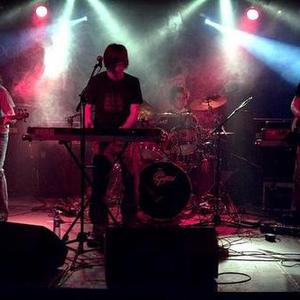 1. A polish progressive rock/metal band. In December 2007 Marcin Kicyk, Jakub ?ytecki and Rafal Biernacki met to form a band called DISPERSE. Fascination with artrock, fusion, metal and jazz contributed to setting the project music of which would abstract from common musical patterns and advance listeners' imagination. During the first half a year of its existence, the band makes four songs and in March Szymon Balicki, drums, joins the band.

However, during that period Disperse plays only during rehearsals. By the end of June Szymon leaves the band due to indisposition and is replaced by Konrad Biczak (ex Artrosis, Sacriversum). At the beginning of July, the band records their debut demo album ?Promo 2008' in SPAART studio in Boguchwa?a; mix and mastering by Jacek M?odochowski. Disperse, at that time, occasionally plays small concerts. In January Przemek Nycz (drums) joins the band. Successful cooperation between musicians leads to deciding on the direction the band wants to take. Inspired by meditation, sounds of nature and bands like Cynic, ToTo, Portal, Aeon Spoke, Planet X, Devin Townsend or Allan Holdsworth, Disperse composes new material. In the meantime, together with Spiral, they play some concerts. At the end of July and the beginning of August, after reaching an agreement with Piotr ?Mitloff' Kozieradzki on him managing the band, Disperse records their firs LP album ?Journey Through the Hidden Gardens'. Urszula W?jcik (Spiral) was asked to lend her voice in two songs. The material was recorded in Progresja Studio by Pawe? ?Janos' Granowski, mixed by Szymon Czech in Studio X and mastered by Grzegorz Piwkowski. The most important moment for Disperse was playing 9 concerts as a support on Riverside's ADHD Tour.
http://www.myspace.com/disperseband

They have played two gigs at the renowned Barleycorn hotel in Collingwood which were very well received as well as a set at Revolver.
www.myspace.com/disperseout

Journey Through The Hidden Gardens