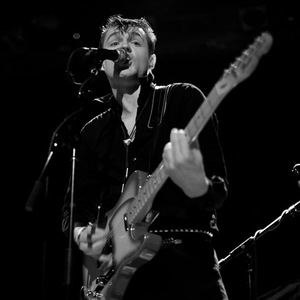 DEVIN is a rock singer-songwriter musician from Brooklyn, New York. Devin's ?You're Mine? EP was released November 15, 2011 through Frenchkiss Records. The 3-song digital EP is available from online retail stores and a 2-song 7? vinyl record is available from the Frenchkiss online boutique. The single "Masochist" was released in the UK on April 23, 2012 through No Evil Records. His debut album ROMANCING was released in Australia on April 6 through Inertia Records, in the U.S on April 10 through Frenchkiss Records and in the UK/EUR on April 30, 2012 through No Evil Records.