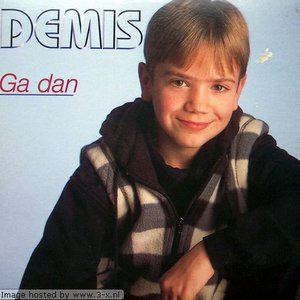 Demis first picked up an acoustic, classical guitar at the age of 15 after becoming fascinated by the mesmerising sound of the electric guitar being played by a friend of his. He was blown away and had to play and own an electric guitar at all costs. Some of the first bands to rock his airwaves were Guns ?n' Roses, Iron Maiden and Metallica but his musical knowledge expanded rapidly to include bands such as Helloween, Dream Theater, Paradise Lost, White Lion, Skid Row, Extreme, Candle Mass, Solitude Aeternus...

Some of the first bands to rock his airwaves were Guns ?n' Roses, Iron Maiden and Metallica but his musical knowledge expanded rapidly to include bands such as Helloween, Dream Theater, Paradise Lost, White Lion, Skid Row, Extreme, Candle Mass, Solitude Aeternus, Steve Vai, Joe Satriani, Yngwie Malmsteen, Tony Mcalpine, Micheal Schencker, Savatage amongst many others. Although finding his love in rock, he also began listening to numerous other musical styles such as blues, jazz, funk and classical music.

With a serious practice regime of seven hours a day, Demis quickly advanced from knowing just a few chords to being able to play several techniques. After two years of practicing, Demis joined his frist band ?Myst' which lasted about five years. His first band was succeeded by the band ?Sidereal' which lasted another five years. However, neither of these bands managed to record any material which left Demis craving for a long desired dream. This was to record his own solo album.

Demis' philosophy ? ?Music is fantastic because it is a means of expression and because it is endless in its diversity. Those musicians who look down on other musicians as if they are at a lower level because they play with less or no technical ability should stop playing until they learn what music is all about i.e. expressing your emotions. Every person is precious because of his/her uniqueness and therefore one's own way of expressing himself/herself is also unique. There are also those musicians who say that technical ability is nonsense and is there only to show off. I can tell these musicians that music is also a discipline and to reach a high level standard, very hard work and practice is required. These are the musicians who are not ready to make sacrifices and want the easy way out. Whatever style you decide to take, please think twice before criticising. Both ways of playing are good and have their own qualities. Musicians decide what is best for them but pride and jealousy should not prevail over respect.?

Apart from his own material Demis is know working with a new band. Work is still in progress and information with links and live gigs will be given when the band is ready to kick off.