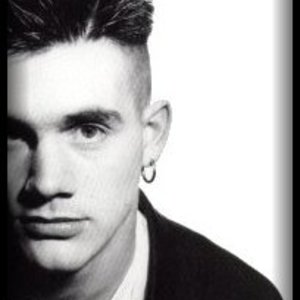 1. David John Cicero (born 29 May 1970, Greenport, Long Island, United States) is a singer and keyboardist who was signed in 1989 to Spaghetti Records, a record label owned by the Pet Shop Boys. Releasing material as Cicero, he went on to have minor success in the early 1990s. Cicero was born in Long Island, but when his parents divorced, he moved to Livingston, Scotland. He attended a Pet Shop Boys concert in Glasgow, Scotland in 1989 and gave a demo tape to Peter Andreas, the Pet Shop Boys' personal assistant.

Cicero was born in Long Island, but when his parents divorced, he moved to Livingston, Scotland. He attended a Pet Shop Boys concert in Glasgow, Scotland in 1989 and gave a demo tape to Peter Andreas, the Pet Shop Boys' personal assistant. Peter Andreas contacted Cicero with an offer of artist management and later when Neil Tennant and Chris Lowe heard Cicero's material, they signed him up to their recently formed Spaghetti label, licensed through Polydor.

Cicero released his d?but single "Heaven Must Have Sent You Back to Me" on 12 August 1991. Despite promotion from the artist and the Pet Shop Boys the single failed to chart. The follow-up, "Love is Everywhere", reached number 19 in the UK Singles Chart in January 1992. The third single release was "That Loving Feeling" which reached number 46 in April 1992. The latter two singles were co-produced by Pet Shop Boys.

His debut album, Future Boy, was released in June 1992. The album was produced by David Jacob with the exceptions of "Love is Everywhere" and "That Loving Feeling" which were produced by Pet Shop Boys, and "Cloud 9" and "Sonic Malfunction", which Cicero produced himself. Pet Shop Boys also remixed "Heaven Must Have Sent You Back To Me" for the album and also received a general keyboard and backing vocal credit for the whole album. The album did not chart. To promote the album a new version of "Heaven Must Have Sent You Back to Me" was released as the fourth single and charted at number 70. The music video for the single was directed by Chris Lowe.

On 2 November 1992, Cicero released a fifth single "Live for Today" with Sylvia Mason-James providing backing vocals. The single was taken from the Pet Shop Boys produced soundtrack to the film, The Crying Game, but it failed to chart. The following year, after the success of the title track, sung by Boy George, it was planned to re-release the single, but this never happened.

Cicero released nothing further through Spaghetti Records, although he was still signed with them until 1996. The Pet Shop Boys' fan club magazine regularly gave updates about him, saying that he was working on new tracks and he was reportedly close to a duet release that year with a singer called Bianca, who had been spotted on the television show Stars in Their Eyes.

By late 1996, Cicero moved to Clubscene Records, later merged into Academy Street Records in Scotland and his brother Mike took over as manager. He even supported Take That on tour.