Children of the Horn 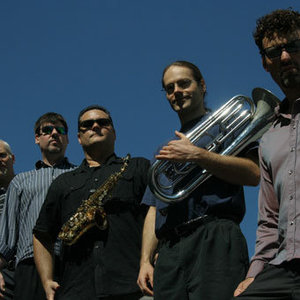 When asked the reason for forming Children of the Horn, sax player Wayne Leechford's reply is as straightforward as it gets: ?I wanted to start a funk band.? Leechford was one-third of the horn section in another band (?we were getting a big sound,? Leechford offers), and the other two guys were quickly sold on his idea. They traded mix CDs of their favorite funk jams to get a feel for their direction. ?What we came up with was heavily influenced by funk and jazz-funk from the late sixties and early seventies,? he recalls. ?The good stuff!?

One of those two other horn players, trombonist Robo Jones, is still in the band, and the line-up has been fleshed out gradually. Drummer Ed Butler and keyboardist Jim Crew signed on as the rhythm section, with Crew's work on organ eliminating the need to recruit a bass player. Cornet player Bryan McCune took over for original member James Lane, and versatile guitarist Bernie Petteway recently became the sixth Child of the Horn. The results, true to Leechford's initial blueprint, can be described as funk, but to be exhaustive mention also has to be made of jazz, rock, New Orleans, Caribbean, Afro/Cuban, and R&B.

Children of the Horn