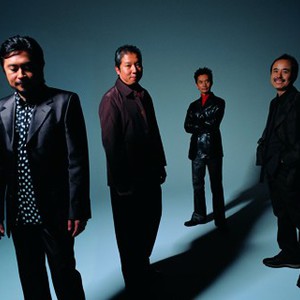 Casiopea/????? was a Japanese jazz fusion band that was formed in 1976 by guitarist Issei Noro and bassist Tetsuo Sakurai. In 1977, keyboardist Minoru Mukaiya and drummer Takashi Sasaki joined the group. The group debuted with the album Casiopea in 1979, and 30 albums or more have since been released. In 1980, the drummer seat is replaced by ???/Akira Jimbo. The album Eyes of the Mind was released in the United States in 1981.

The album Eyes of the Mind was released in the United States in 1981. They then released the album Mint Jams in 1982, followed by Four by Four in the same year, which is a collaborative album with some of Fourplay members including Lee Ritenour, Harvey Mason, Nathan East and Don Grusin. Their first foreign concert was held in the United Kingdom in 1983. The group has toured Europe, South America, Australia, and Southeast Asia.

In 1989, ???/Akira Jimbo and Tetsuo Sakurai left the band following several years of musical differences. They named their own band, Jimsaku. For the replacement, the group chose Yoshihiro Naruse (bass) and Masaaki Hiyama (drums).

In 1993, the group once again change its members. Noriaki Kumagai came to replace Masaaki. Then from 1997 ???/Akira Jimbo returned to Casiopea, this time as a part-time member, recording more albums and again contributing some of the compositions.

In 2006, Issei Noro, the group's leader, decided to freeze all activities of the band until further notice.

Living On A Feeling