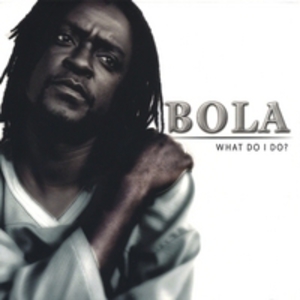 Born in Nigeria, West Africa Bola Adebisi is one of those rare breeds of gifted individuals marked for greatness. Bola, attended both primary and high school in Nigeria where he showed aptness for singing, carving a niche for himself as an entertainer of note even in his teenage years. He started singing as a professional in 1986, started a group called "JC connection" with a friend. Following that initiation he moved on as lead singer for the campus band ?Sleek Band? that quickly turned into the rave of its immediate environment.

In 1989 bridling over with energy the ebullient rising star went solo releasing his debut in 1990 titled "JARA" a Hausa term for ?having extra for nothing?. Still full of energy he did not stop with the release of the album but widened his scope by becoming a show organizer putting up numerous Christian music events that attracted thousands of music loving folks even as his profile as a bankable star continued to rise and shine. His music has taken him to over 17 Nations and has had his music video aired on the premier music TV station in Africa ?channel 0?. Bola currently has two CD's in the market ?Take It Back? and ?What Do I Do?? recorded in his studio in Nigeria by his band "The INNER HUB". His musical influences include Lionel Richie, Bob Marley, Michael Jackson, new edition - but he considers Lionel Richie as his favorite. Happily married with three children he currently lives in Florida, USA.