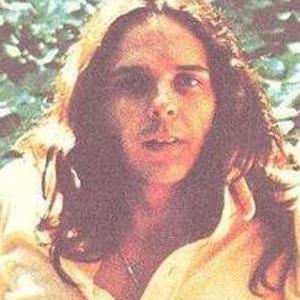 Bobby Whitlock (born 18 March 1948 in Memphis, Tennessee) is a session musician, best known for being a member of Derek and the Dominos. Raised in Memphis, Tennessee, Whitlock began his musical career while still a teenager, as a session pianist at the legendary Stax Studios. Early on, Delaney Bramlett and Bonnie Bramlett, the husband-and-wife team behind Delaney, Bonnie & Friends, heard Whitlock perform at a club and invited him to join them as keyboardist.

Raised in Memphis, Tennessee, Whitlock began his musical career while still a teenager, as a session pianist at the legendary Stax Studios. Early on, Delaney Bramlett and Bonnie Bramlett, the husband-and-wife team behind Delaney, Bonnie & Friends, heard Whitlock perform at a club and invited him to join them as keyboardist. Whitlock appeared on Eric Clapton's first solo album in early 1970. His friendship with Clapton began when Whitlock toured with Clapton and his band, playing lead guitar.

After the other band members left to join Mad Dogs and Englishmen with Joe Cocker, Whitlock collaborated with Eric Clapton in England. They played sessions together, most notably on George Harrison's All Things Must Pass, where Bobby and Eric sang background (as the "O'Hara Smith Singers"). Uncredited on All Things Must Pass, Whitlock played pump organ (Harmonium), Electric Wurlitzer, Hammond Organ, tubular bells and piano on various songs.

During the sessions, Clapton met Harrison's wife Pattie Boyd. Clapton's unrequited affections for Boyd prompted most of the material for a new album, Layla And Other Assorted Love Songs, released in 1970. During the recording, the tape rolled non-stop for the entire album, with the exception of "Key to the Highway". Whitlock explains that this is why you hear this cut fading in. Originally, Jim Keltner was to be the drummer, but Jim Gordon intervened when he heard that Clapton was looking for a drummer and Keltner was busy finishing up his session with G?bor Szab? the jazz guitar player. The album saw little play for the first year, and by the time Layla became a hit the band had already split up. Whitlock then moved to Ireland, where he lived for many years and became friends with Donovan. Whitlock had his own television show there and brought in Steve Cropper. Returning to the United States, he initially financed his own tour and has slowly made his way back into the music scene.

During the 1970's, Whitlock released four solo albums: The first, self-titled, was released in 1972. Raw Velvet featured Eric Clapton and Rick Vito on "Dearest I Wonder". After his 1976 album Rock Your Sox Off, Whitlock laid low for most of the 1980s and 1990s, living on a farm in Mississippi, raising his children, and doing session work.
[Andy Smith writes: Bobby drove taxis in Memphis at one point, as we jumped in a cab he was driving in the early 1990s outside BB KIng's club...]

Bobby Whitlock continues to write and has had several major artist cuts, including Ray Charles (Slip Away), Tom Jones (This Time There Won't Be No Next Time), and George Jones (He's Not Entitled to your Love). Numerous artists have recorded his material, including Sheryl Crow (Keep on Growin) and Derek Trucks (Anyday). On 3-4-09, Bobby performed Anyday with Derek Trucks at La Zona Rosa in Austin, Texas. In 1999, he returned to music with It's About Time, and in 2000 appeared on the BBC's "Jools Holland", with Clapton.

In 2001 Whitlock and CoCo Carmel collaborated on Other Assorted Love Songs, consisting primarily of Whitlock's songs from the original Derek and the Dominoes album. They have travelled extensively throughout the United States and abroad. Whitlock and Carmel live in Austin, Texas. Their newest release, Lovers, features Eric Johnson, David Grissom and Stephen Bruton on guitar, Brannen Temple on drums, James Fenner on percussion. Guest Willie Nelson plays on a tribute to Veronica Lake and Carmel's True Love.