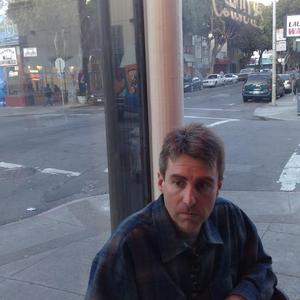 Bill Foreman has worked the past two decades making beautiful, unique music for a small, but dedicated and growing, audience. His formative years were spent in Del Mar, California, listening to his father play Johnny Cash songs on his guitar and hearing his mother's Beatles records. Hoping to channel his adolescent rebellion in a positive direction, his parents rented 12-year old Bill a drum kit and sent him for lessons. Their plan worked: the boy was hooked. By 18, he was fluent on drums, bass, piano, and guitar.

Though he played in rock bands and jazz combos in high school, it was as a student at Pitzer College in Claremont, California that Bill began his work in earnest. Whether playing in his own blues or rock groups, backing jazz singers, or collaborating with like-minded musicians, Bill expanded his musical vocabulary with each partnership. All the while, Bill was writing and recording music, sharpening his skills and creating demos for bands.

After releasing one CD, 1995's In the Choir of Primates, with the short-lived and much-loved House Carpenters, Bill began his solo career in 1997. Armed with a large back-catalog of recordings and an expanding repertoire of new songs, he released a four solo albums between 1997 and 1999 on his own label, General Ludd Music, each lovingly hand-packaged in ziploc bags with photocopied artwork. Taken as a group, these discs brought Bill's craft to new heights. The results began, more so than ever before in his career, to attract the attention of musicians, growing audiences, and a small coterie of journalists.

2002 saw the release of Seventeen Miles Past Indio, a collection of 12 songs drawn mainly from Bill's prior releases. This paved the way for 2004's Chevy w/Balding Tires, a series of 10 songs, each taking place in Bill's then-hometown of Riverside, CA. The album, by intent, crystallizes the various techniques, musical and lyrical, that Bill had developed over fifteen years of songwriting. Poison Against Poison: Recordings 1990-2003, a massive, 3-CD retrospective of his work, excepting Chevy, followed in mid-2005.

Newly-relocated to San Francisco following an 8-month stint living in Dakar, Senegal, Bill began a writing spree in April 2007 the likes of which he hasn't had in years. To begin with, Bill released the seven-song mini-album Begging Bowl, a little gem of typically melodic, lyrically penetrating Bill Foreman music, in July 2007.

After decades of recording at home, Bill recorded 11 songs in San Francisco's Decibelle Studios, with Drew Zaijcek engineering, in February, 2009. Adieu, False Heart, a beautiful set of some of the best songs of Bill's career recorded on one day, live with only guitar and voice, was released in July, 2009.