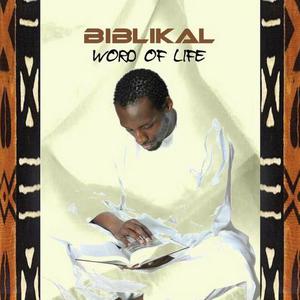 Once entangled in the many adverse issues that affect both young and mature people in today's social and academic society, Biblikal has made a conscious decision to rise above the many challenges that could have lead him into a full time life of turmoil and conflict with the system. It is due to Biblikals' life experiences on the streets as a teenager and later as a young man, that has ordained the shaping of his character to date. Despite being so young, Biblikal has experienced the highs and lows of what this world can bring and this is clearly reflected in the lyrical content of his songs.

This unique artist is fully aware that there are two roads before us, but Biblikal has decided to make a positive contribution to the solution and not the problems that continue to contaminate our communities today. Tyrone ?Biblikal' Gordon, born April 23rd, 1979 in London where he spent his early years after his family moved to Luton, grew up surrounded by lovers of music. Part of a musical family, he was raised around the familiar and unique format of ?The Sound System' courtesy of his Fathers heavy involvement with ?High Priest' a South London-based sound, which played at venues up and down the country back in the 70's and late 80's. There is no doubt that the deeply-rooted, heavy, traditional, reggae beat blazing through the speaker box has contributed to Biblikals' passion and love for real feel-good, quality music. As a young boy, Biblikal was exposed through his Mother to the Pentecostal church. With an array of in-house musicians, full-to-the-brim gospel choir and a ministerial team feeding the congregation with words of life and inspiration, Biblikal became accustomed to an energetic and passionate environment which has further helped to shape his outlook on life and boost his musical aspirations. With a love for music so strong, as a teenager, Biblikal turned to the dancehall scene. He has worked with sound systems such as ?Sovereign Road Show' ?Freeminal' from Paris and became affiliated with ?The Turning Point Collective' where he began to make a name for himself as a young rising star with a talent not to be reckoned with. While on the circuit, Biblikal performed numerous stage shows with the likes of Professor Nuts and Future Troubles, just to name a few. His unsurpassable ability to deliver alongside these professional artists undoubtedly placed him in a league which could not be matched by any of his peers at this time. Biblikal continued on his musical journey, which made it possible for him to then become affiliated with ?Sweet Harmony Records'. While working with young deprived youth, who were often on the verge of self destruction, he formed a relationship with Romain Whyte and Ronald Amanze of ?Sweet Harmony Records'. Romain and Ronald were vigilant and saw the talent in Biblikal, which inspired them to develop Biblikal and record his first album ?Word of Life' ?Sweet Harmony Record' encouraged and motivated Biblikal to write, compose and produce such works of art that would further his ambitions. Romain White and Ronald Amanze's involvement, then made it possible for Biblikal to work and perform alongside Freddie McGregor and Frankie Paul. Alongside his music, Biblikal is a family and business man, with a supportive wife and three children. Biblikal has created and spearheads his own business, which ultimately aims to help the youth of today maintain an academic, social and spiritual balance. This young man finds the time to direct and manage his own youth project called ?Youth Culture Unlimited' which is designed to ?Raise Awareness Of The Unlimited Potential Within Boys & Girls From All Backgrounds? (www.youthcultureunlimited.com) His passion and enthusiasm for helping young people stems from his mission and dedication to his three children Omari, Niara and Amirah. Tyrone ..Biblikal Gordon is the new face of uplifting, spirit-filled, quality music. This young, unique and exciting artist delivers lyrics and styles that motivates, inspires and encourages. A must for all who enjoy quality material of powerful substance. Biblikal is ready, willing and well placed to give the people what they need. His genuine passion for spreading words of encouragement and blessing the hearts of his listeners is not just demonstrated within his lyrics. LEONIE GORDON JAMES 1: 21 - 27