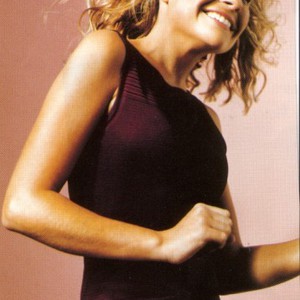 Emmett grew up in Umina Beach, on the Central Coast of New South Wales. She worked at the local Coast Rock FM radio station before gaining her first major role on Australian television as Tracy Russell in the sitcom Hey Dad..!. In 1996 she joined Home and Away as Rebecca Fisher and in 2001 joined the cast of the hit medical drama All Saints as Ward 17 clerk Jodi Horner. In 1998, Emmett released a single called "Off The Wall".

In 1998, Emmett released a single called "Off The Wall". Emmett recorded a duet with Marcia Hines, a cover of the James Taylor hit "Shower the People" (on which Carly Simon sang backing vocals), which appeared on Hines' 2004 album Hinesight - Songs From The Journey.

Emmett was diagnosed with breast cancer in 1998, aged 24. In 2001 secondary spread of the cancer to her bones was found. On November 11, 2006 it was reported that she died from cancer just after dawn, at St Vincent's Hospital in Sydney. Emmett was 32 years old.

Belinda Emmett's family has released one of her songs, Less Than Perfect, on RoveLive.com, which was from a solo album she was working at the time of her death. The song was also played at her funeral.

On April 28th, 2007, the album that Belinda had been working on for six years was finally released. Entitled "So I Am", the album comprises 12 tracks co-written by Belinda herself and which truly explore her talent as a singer and as a songwriter. The album was produced by Daniel Denholm, with whom Belinda was working on the album with until she passed away in November. Daniel sought to complete the project with assistance from Belinda's husband, Rove McManus, and close friend, Marcia Hines.

"So I Am" is now available in all good music stores and on iTunes, with proceeds going to the McGrath Foundation for research into breast cancer. The album was released recorded under a label Belinda and Rove formed together called Hooch Records and was distributed through Liberation Music.